Medicare’s 2016 Proposed Rule: What Do You Need to Know? 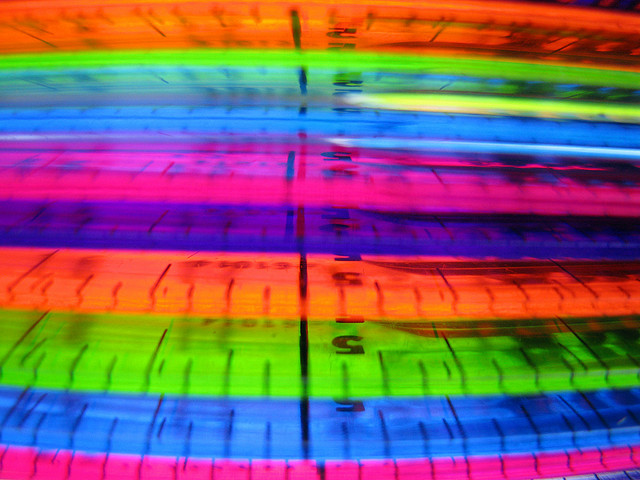 Is PQRS dead? That’s the question we’ve been hearing, in the wake of the Medicare Access and CHIP Reauthorization Act of 2015 (MACRA), which outlined a new program for merit-based payments. With the release of the 2016 Proposed Rule, the answer is a resounding “No.”

The Proposed Rule is exactly that—proposed, rather than final. Nevertheless, historically speaking, there is little deviation between the Proposed Rule and the Final Rule, and so those with a stake in the matter (which presumably includes you, if you’re reading this), should begin digesting these 813 pages to see the direction the program will take for 2016, and how it will impact your 2018 Value-Based Payment Modifier (VBPM).

Timeline (or, How Much Longer Will PQRS Last?)

The short answer is that PQRS will end in 2018, but portions of the program are going to find their way into the new Merit-Based Incentive Payment System (MIPS). MIPS, like PQRS and VBPM, will score providers based on a CMS-define threshold and adjust reimbursement accordingly. In other words, do not be lulled into thinking that this will go away. MIPS will actually mean a higher range of payment adjustment (positive, neutral or negative) than PQRS—up to 9 percent in 2022. Those who have not focused on PQRS and VBPM have already put themselves at risk for 2016 and 2017 penalties, and are digging themselves an even deeper hole for future adjustments.

What Changes Have Been Proposed?

The biggest proposed change is the opportunity for providers to report via the Group Practice Reporting Option (GPRO) using a Qualified Clinical Data Registry (QCDR). QCDRs  distinguish themselves by their ability to go beyond passive measure reporting to active engagement, both measuring and improving performance. For those who have lamented that PQRS is simply a data collection and/or administrative challenge, with no bearing on actual quality, this is your chance to change that.

QCDRs have been granted the opportunity to develop and report non-PQRS measures for PQRS—in effect, QCDRs are the new Measure Developers. If you have a real interest in improving outcomes (and you should, both for the sake of your patients and for the upcoming MIPS), take a look at the CMS Posting of QCDRs. New and innovative measures designed to look at the reasons for an unexpected outcome can engage physicians and staff in quality improvement, rather than alienating them through penalties.

The fact that measures change is not surprising, but for practices, the specifics of these changes can mean the difference between an easy PQRS transition and a complete overhaul.

There are 46 proposed new measures, and they cover all six NQS Domains. As was the case last year, this year’s class of new measures is focused on outcomes and follow-up care, and less on process. This is important, as responding to these measures will be more involved, not fitting easily into an EHR template. Certain specialties are particularly impacted:

Twelve measures are on the chopping block for 2016. As we’ve seen in previous years, the primary reasons given for their removal is that performance has peaked, or the measure is too similar to an existing measure, or this is a new and improved version. Excluding the measures that will have a similar version swapped in, those earmarked for deletion focus primarily on the following:

It has been proposed that, for 2016, groups exclusively comprised of non-physicians are going to be eligible for VBPM. However, Medicare has allowed an exemption from negative payment adjustments for this type of group, provided that PQRS reporting has been successful. Previously, VBPM was only applied to groups who had at least one physician on staff.

Those hoping to save money by reporting through CMS’s Web Interface may incur unexpected costs, should the Proposed Rule pass. For groups with 25 or more providers, the proposal calls for mandatory participation in CAHPS for PQRS, paid for at your expense. This is only for those selecting the Web Interface option. For others, in 2015 (and proposed for 2016), groups with at least 100 providers are required to contract with a CMS-certified survey vendor, who will administer the CAHPS for PQRS survey. Although the survey itself is mandatory, groups can choose to exclude the results from their Quality Composite, if desired. Any group consisting of two or more providers may elect to include the survey, but it is not required.

1) The PQRS and VBPM Link

Once again, the quality composite for your VBPM will be tied to your performance on the PQRS measures you submit, compared to other providers. Just like 2014 and 2015, your VBPM quality composite will be calculated by evaluating your composite NQS Domain scores, based on the measures within those Domains. Those who have NQS Domains comprised of measures where performance is superior to the CMS average by at least one standard deviation will be eligible for incentive payments. Those who perform below average will be at risk for penalties.

Medicare has proposed that the VBPM continue to include the claims-based outcome measures related to Ambulatory Care Sensitive Condition (ACSC) Admissions (an acute care composite and chronic condition composite) and All-Cause Readmissions, in addition to PQRS. Groups may still choose whether or not to include their CAHPS for PQRS Survey results as a part of their quality composite. The cost composite will maintain Medicare Spending Per Beneficiary (MSPB) measure, as well as per-capita costs for all beneficiaries, and beneficiaries with four specific conditions: Diabetes, COPD, Coronary Artery Disease, and Heart Failure.

The amount of money at stake also remains constant, and is separate from the 2 percent penalty that would come from not reporting PQRS. In other words, those who do not report for PQRS will be penalized twice—once for PQRS, and once for VBPM. However, those that perform well may see positive adjustments. Based on the number of providers in the group, VBPM ranges are as follows:

Ideally, those participating in MSSP ACOs know that they are not exempt from the Value-Based Payment Modifier in 2015. Should the 2016 Proposed Rule pass as is, this will continue to be the case. It’s true that MSSP ACO participants get a passing grade on PQRS (provided that the ACO reports successfully), but there’s no escaping VBPM. Although your costs are considered “neutral” for VBPM (you are still on the hook for them in your ACO, of course), you will be tiered within the VBPM on quality, based on your ACO’s quality reporting results. Like this year, those who fail to meet ACO reporting requirements will automatically be penalized for both PQRS and VBPM.

In 2016, whether reporting as a part of a Group Practice or an individual provider, you must report on at least nine measures, across at least three National Quality Strategy Domains, for at least 50 percent of eligible patients. One of those measures must be a cross-cutting measure, and measures where performance is zero will not be counted (unless performance is calculated inversely).

While there will be some changes within the groups themselves, the requirements remain the same. You must complete all of the measures within a group for at least 20 patients. Of those 20, at least 11 must be Medicare Part B. As has been the case for several years, each patient must have at least one measure where performance was met, and across the group, each individual component measure must have at least one instance where performance was met.

Just like individual measure reporting through a Registry, at least nine measures across at least three NQS Domains must be reported for at least 50 percent of eligible patients. Unlike traditional Registry Reporting, this includes all patients, and must include at least two outcome measures. These requirements will continue to hold for those reporting as individual providers, or in a Group Practice (the latter is a new proposal for QCDR reporting).

Once again, it is set for June 30, and, if reporting via Registry, you will be able to elect to exclude your CAHPS survey results from your VBPM, even if you are required to participate in the survey. Mark your calendars!

Your performance will continue to be tied to your revenues. If you have not prioritized PQRS in your practice—and that includes clinical, administrative and technology staff—you are already at risk; prolonging your transition will only compound that risk, as the process is becoming more challenging, not less. The measures being retired are the ones for which performance is almost uniformly high, meaning that CMS is trying to separate the pack. Make no mistake: there will be practices left behind, and their revenues will suffer.

There will be PQRS in 2016, and the program will have an impact until January 1, 2019. Even then, your revenues will be calculated as a function of your performance, and there will be even more at stake. Those who haven’t developed a strategy for measuring and improving outcomes, or at least, haven’t started in earnest, need to do so now. Those who have must continue to push for improvement, lest they be overtaken by up-and-coming groups.

Founded in 2002, ICLOPS has pioneered data registry solutions for improving patient health. Our industry experts provide comprehensive PQRS Reporting with VBPM Consultation Solutions that help you both report and improve your performance. ICLOPS is a CMS Qualified Clinical Data Registry.

ACOs and the Referral Revolution Part 2: How to Align Objectives and Referral Practices

ACOs and the Referral Revolution Part 2: How to Align Objectives and Referral Practices