MIPS v APM: Which Is Your Best Bet? 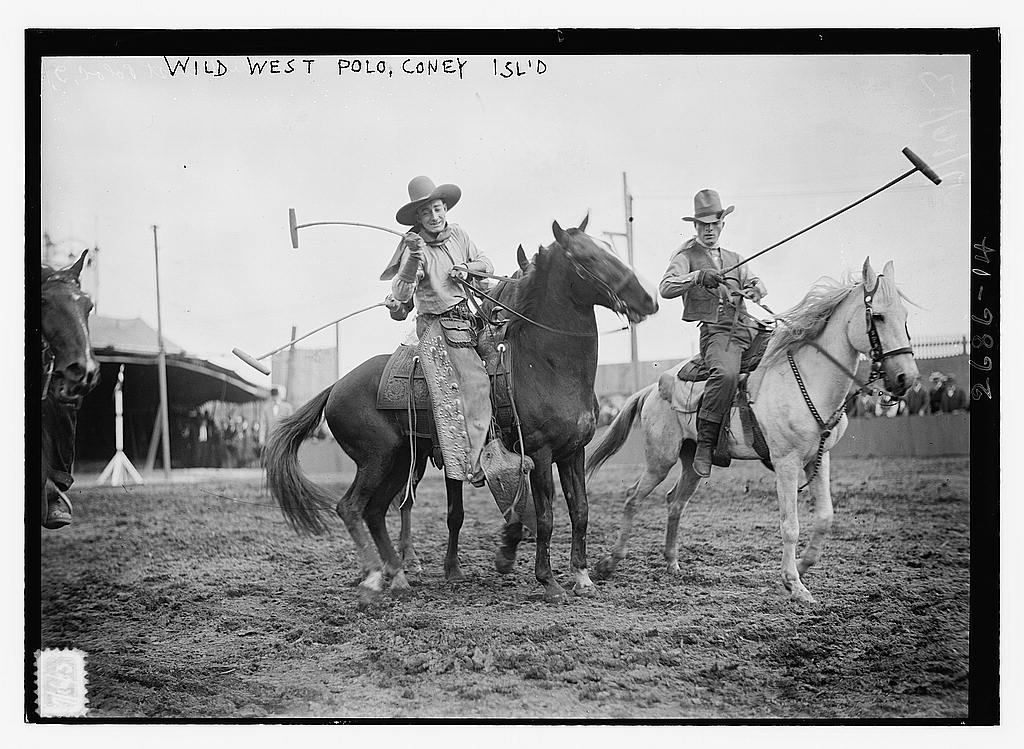 If you’ve been watching the signals from CMS, you undoubtedly know by now that the current reimbursement structure under Medicare will end, to be replaced by a Quality Payment Program (QPP) that holds providers at risk for resource use and quality.

The ensuing choices, however, are confusing. Providers can select one of two QPP tracks: Continue Fee for Service (FFS) and fall under the Merit Incentive Payment System (MIPS) or participate in an Alternative Payment Model (APM), such as a risk-based ACO. So, how do you know if MIPS or APM is the best way to go, and on what timeline?

How MIPS and APMS Are Similar—and Different

There are major distinctions between the FFS and Risk models that underlie MIPS and APMs, respectively. Fee for Service operates on a retail principle: the provider is paid according to patient care delivered, based on a fee schedule.

By contrast, Risk models must align provider payments to targeted expenditures, either prospectively or retrospectively. In the APM world, assuming quality reporting is met, extra earnings only come from savings. There is no ability in an APM to flex revenues up by doing more services, and the ability to add more patients whose costs are lower than the target is questionable. That said, under MACRA, providers’ risk for future Medicare revenues is equivalent under Fee for Service and APMs.

Let’s take a closer look at the similarities and differences between these two models under several key proposed MACRA provisions to determine how your group might fare under FFS or an APM. We’ll focus on the ACO Alternative Payment Model, which has been the preferred choice for many health systems and providers.

Understand one caveat: Almost all providers in ACOs will still participate in MIPS, at least initially. Why? Under MACRA APM risk requirements, most ACOs do not have enough risk for providers to qualify for an exemption from MIPS. However, their requirements and scoring will vary from non-ACO providers because of their participation, and could work to their advantage for results. It will still be important for provider groups to calculate both short-term and long-term advantages of remaining FFS or going forward with an APM during the first two years of MACRA.

1. Resource use restraints will apply to everyone, FFS or APM.

Medicare will use both MIPS and APMs to control resources used for patient care. The basis for calculating and comparing resource use varies, with ACOs primarily compared to historical trends and Fee for Service providers compared to each other for their attributed patients.

An ACO will have multiple providers, and the performance of all providers as a group is key. If a single practice drives costs up or impacts the ACO costs and savings, all providers lose.

Under a Fee for Service practice participating in MIPS, most providers assume that the practice has more control. But under MIPS, CMS calculates costs associated with attributed patients as one component of MIPS scoring, so unless Fee for Service practices also are controlling referral arrangements tightly, monitoring hospitalizations and readmissions, and tracking patient care delivered by other providers, they are also vulnerable to reduced revenues.

The pressure on resource use control is also much greater in an ACO. In an Advanced APM, providers will have to pay money back or see prospective fee reductions if actual expenditures exceed expected. Under MIPS, the resource use calculation is only 10 percent of total MIPS scoring, but it has the potential to push the provider into a penalty position.

The short-term MIPS to APM comparison: It’s probably a draw, highly dependent on the makeup of the ACO and its internal controls. Over time, however, the idea is that an ACO will have more resources to monitor and control resources.

2. Quality reporting applies to both MIPS and ACOs, but it is much easier for ACOs to meet reporting requirements.

This is one area where MIPS will seem overwhelming to providers. In a change from PQRS, fewer measures must be reported—but the population is expanded to include all patients, not just Medicare. That is a huge difference for FFS providers, which basically have to report without support. Given that quality reporting accounts for 50 percent of the score, it can easily drive the future Medicare revenues of the practice into a penalty position.

For ACOs, quality reporting will look similar to previous years, with the ability to report on a sample of Medicare patients.

The MIPS to APM comparison: Definitely a win for the ACO.

The FFS world will not be business as usual, because CPIAs enforce the principle that all practices must take action to improve outcomes. CPIAs account for 15 percent of the total MIPS score but require a number of activities to meet requirements; the traditional small FFS practice may not have the resources or infrastructure to perform and track these initiatives well, but can take advantage of Registries and QCDRs to do so.

While CPIAs are not explicitly required of APMs such as ACOs, don’t assume that APMs are exempt. In fact, given the more stringent cost targets of an ACO, it is likely that ACOs will need to undertake much more than the minimum required by MIPS. And although the multi-practice structure or health system support of most ACOs will provide a good basis for undertaking CPIAs, it will also be necessary to efficiently manage these initiatives and monitor effectiveness of various interventions. Most likely, ACOs will also turn to QCDRs to be able to undertake multiple CPIAs in conjunction with more defined population and project needs.

The MIPS to APM comparison: ACOs actually will need to invest and do more for CPIAs than MIPS practices, but also are likely to have the infrastructure and resources to support them.

4. EHR technology is required for MIPS practices, but the aggregation of that data is also essential to ACOs.

Comparable to Meaningful Use, “Advancing Care Information” essentially requires FFS practices to meet similar requirements under MIPS, to reach 25 percent of the MIPS score. The EHR is viewed as part of a continuum of health care technologies (HIT) that will be used to improve patient outcomes, and many of the requirements deal with connectivity and export of EHR data for the improvement of data and patient care.

For successful ACO management, aggregation of data is essential to the ACO’s mission, as well as to the identification of at-risk populations and strategies to reduce cost. Benchmarking, analytics and population health all need this data aggregation, and the use of EHR data in other forms of HIT. Further, to reach Advanced APM status, the majority of providers must use certified EHR technology, which would meet the same criteria as MIPS.

The MIPS to APM comparison: The requirements and costs associated with ACO activity will far exceed the likely cost of FFS attestation and public health reporting. More activities will use this data to reduce costs and leverage better outcomes, and it is also likely that ACOs will require their providers (not just half of them) to use EHR technology that can be aggregated and submitted to the ACO.

However, this applies only to APMs meeting the risk and other criteria of Advanced APMs (very few ACOs). Financial incentives include a potential exemption from MIPS for qualified providers of an Advanced APM. CMS is sending providers a clear signal to transition to APMs.

That said, for some groups with enough size, infrastructure and market distinction, the potential to achieve a MIPS incentive could actually make MIPS financially more attractive than an ACO.

The MIPS to APM comparison: Counterbalanced by the higher risk of an ACO, the tradeoff between the two models in the first years is likely a draw. But incentives may well create momentum to form higher risk ACOs in the future— if they can also work in the commercial market and successfully reach targets (a significant challenge at present). CMS is pushing for a uniform system that will accomplish this.

In sum, there’s no simple formula to determine to whether MIPS or an ACO is the way to proceed. Fundamentally, health system and practice decisions may well rest on something much more conceptual: taking charge of your future.

In essence, MIPS is a negative and somewhat punitive program that can take money away from providers who fail to meet the requirements. The reverse is also true: if you do a better job of meeting quality and cost performance and try to improve outcomes, Medicare will give you money that came from the pool of penalties assessed on others for failing. But those penalties and incentives are derived from an external assessment, which most groups will find uninspiring.

An APM, on the other hand, can be a mechanism to create real clinical integration and responsive care. The limited success of ACOs to date are not encouraging, but MACRA has created a very interesting scenario: Practice and develop under MIPS while preparing for the big APM game. 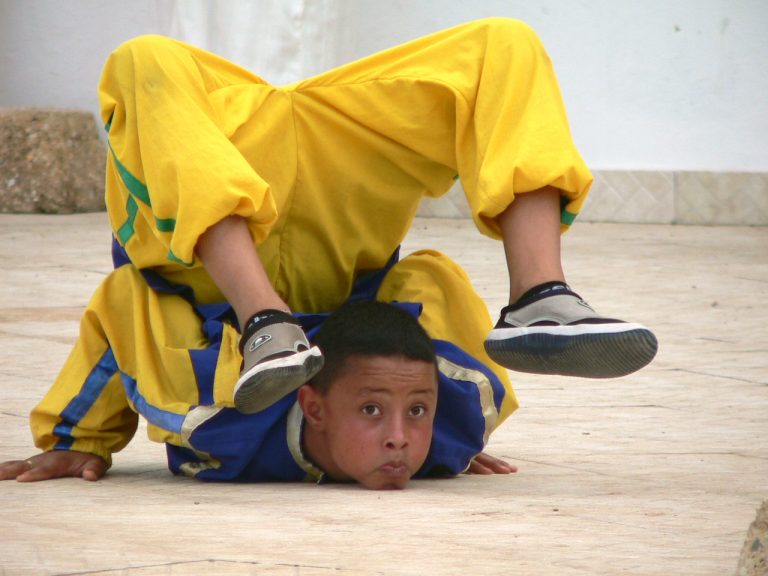 Succeed Under MACRA Medicare: How to Meet CPIAs for Full Credit in MIPS

Succeed Under MACRA Medicare: How to Meet CPIAs for Full Credit in MIPS