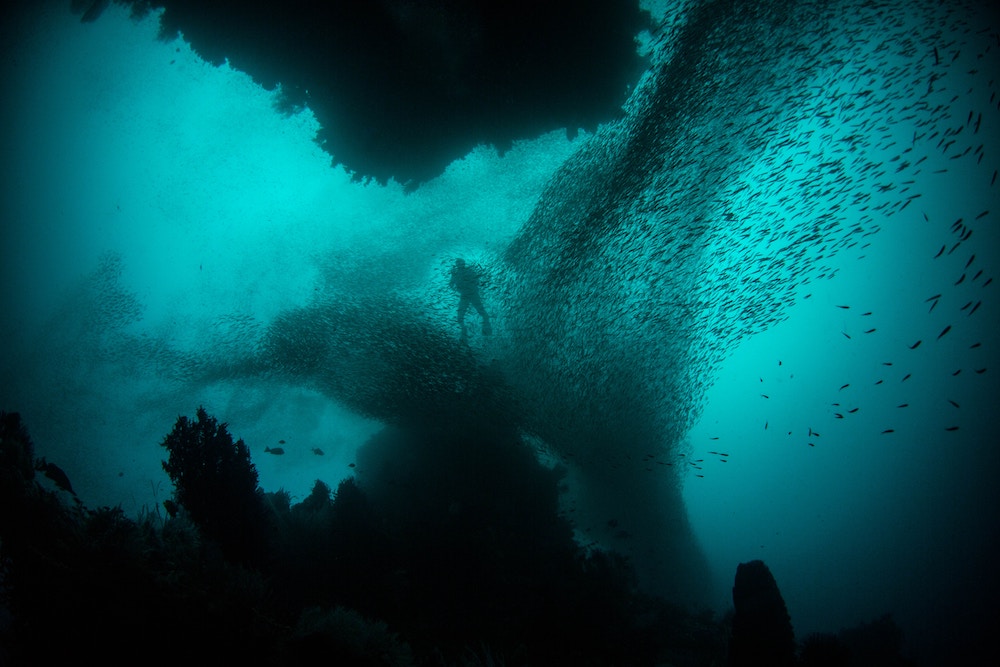 In case you missed Medicare’s messages about its reimbursement direction in recent years, CMS just reminded us that financial risk is well on its way. If you’re developing strategies that assume the status quo, it’s time to reassess your organization’s financial footing. CMS has already stated its intention to shift 50 percent of Medicare provider reimbursement into Alternative Payment Models (APMs) by the end of this calendar year. And those APMs are quickly transitioning toward putting providers at financial risk, because CMS is rewarding them to do so.

CMS’s goal to impose financial risk was front and center again this month, as they revealed a new part of their cost cutting strategy.  Under the title BPCI (Bundled Payments for Care Improvement) Advanced, CMS selected 32 clinical episodes as part of a new voluntary, risk-based reimbursement program, covering 108 diagnoses. The episodes will each have a target cost, and participating providers or organizations will be held to the total cost of all episodes without the possibility of additional payment for services.

Financial Risk Equals Bundled Price for All Services with No Cushion

Total reimbursements tied to a price that is set by the payer? That‘s the definition of financial risk. Under BPCI Advanced, participating providers might actually find themselves having to repay funds to Medicare. Only three services qualify for extra money, and there is no allowance for outliers. The episodes appear to be risk adjusted, but with no cushion for catastrophic cases. Notwithstanding an aggregate stop-loss for up- and down-side risk of 20 percent from target, this is clear financial risk.

Under MACRA legislation and regulations that streamlined and integrated various Medicare Value-Based Health Care programs, implementation of both financial risk and other direct cost scoring has been slower than originally planned. Providers got a reprieve in 2017, MACRA’s first year, by a delayed implementation for transitioning providers, with no penalties for cost abnormalities. That reprieve has ended.

In fact, cost appears to be at the crux of the latest MACRA rules and CMS actions. BPCI Advanced is a revised iteration of the MIPS Cost module, wherein costs associated with episodes were scored, and providers received scores for being under the total cost target, influencing their total MIPS results and financial incentive or negative adjustment.

BPCI Advanced may be voluntary, but that doesn’t mean it’s a sidebar initiative. As an Advanced APM, the program will allow CMS to test the results of the program with willing participants. But like other previous voluntary pilot programs, we expect the mechanism to move swiftly toward permanent status for all providers.

As a separate initiative, BPCI Advanced also serves as a blueprint for specialty reimbursement. Including episodes in MIPS Cost Scoring would have obscured the results from providers, since they do not generally view these formulas and reports. MIPS Cost Scoring applies to physician groups under a single Tax Identification Number, and the information does not easily reveal specific provider issues. By contrast, under BPCI Advanced, the costs of each provider in each episode will be apparent in data provided to the convening organization or providers. This will undoubtedly lead to the identification—possibly erroneous—of providers who have higher costs or exceed targets.

BPCI Advanced is also a big change from the predecessor BPCI pilot episode payment initiatives. That BPCI program allowed for four different types of bundled payments, only one of which included all services. In BPCI Advanced, the clear direction is for inclusion of all services in a 90-day episode. Even if services from a non-participating provider are covered in the episode costs, there will be a strong incentive to bring as many providers under the tent as possible and to strongly direct or refer patients to participating providers.

Specialists and Acute Care Hospitals Are Targeted Under BCPI Advanced

BPCI Advanced episodes are distinguished by two features. First, 29 of the 32 episodes are only triggered for inpatient hospital stays. The cost of inpatient services is clearly a target for reduction, further reinforced by the fact that two of the seven quality measures are actually associated with readmissions and excess days, which are normally considered cost measures.

Second, the majority of BPCI Advanced episodes are managed by specialty physicians, not primary. Episodes include cardiac, orthopedic and neurosurgical procedures or conditions, but the program also includes general infections managed on an inpatient basis, stroke, CV and general surgery, COPD and other chronic or acute pulmonary conditions, renal failure, and gastrointestinal conditions.

The episodes do not fall evenly across all specialties. Orthopedics and cardiology are the most targeted. Since spinal surgery features prominently in episodes, any cost comparisons between specialties such as neurosurgery and orthopedic surgery will no doubt raise physicians’ concerns but may provide valuable information to other stakeholders, including patients and researchers.

How “Value” Is Swinging to Cost Over Quality

In the announcement of BPCI Advanced, CMS said the program “is an important step in the move away from fee-for-service and towards paying for value.”

Moving from fee-for-service to value is a significant choice of words. The first is a reimbursement system that defines how providers get paid, which is currently by service. “Value” normally means that the outcome—in this case patient clinical results—should be worth the cost of those services.

To be sure, CMS has assigned seven quality measures in BPCI Advanced, and three of them relate to outcomes: post-joint replacement complication rates, mortality rate following CABG, and patient safety indicators. Two of the seven were defined as cost measures in previous CMS programs: all-cause hospital readmissions and excess days following an AMI. The remaining two are process quality measures of peri-operative antibiotic use and the existence of an advanced care plan.

Like many circulating proposals for Medicare quality measurement and reporting, BPCI Advanced weighs cost heavily, but for most of the episodes there is no assessment of patient outcomes or quality care. One of the concerns likely to emerge about the program will be its similarity to capitation and other per-case payments denigrated in years past. These fell out of vogue because of claims that they skimped or denied care to patients in favor of lowering costs. Failure to address outcomes and quality as a balanced component of value is a significant issue.

Why Providers Should Consider BPCI Advanced

Providers perseverating about adoption of episodes based on the eventuality of limited payments should rethink their strategies. The pressure on Medicare finances will result in both cutting fees to providers and shifting costs to beneficiaries. Both tactics will soon be permanent, and BPCI Advanced along with risk-based ACOs signal providers that additional reimbursement changes are inevitable.

CMS has set a very fast pace for the program, with an applications deadline of March 12, 2018. Why should providers even consider it, given the risk?

In the past few months, CMS has made two significant changes in its Value-Based Health Care programs to increase emphasis on Cost. First, the agency revised its MIPS methodology for 2018 to include a weight for Cost, which was previously reported to be zero in 2018. Second, BPCI Advanced makes clear the focus on cost reduction of both specialty and hospital costs.

Providers who have been seriously grappling with where to start their Cost agenda should consider episodes as a possibility. Without action in the near future, providers will find it more difficult to compete with other networks that have leveraged the program to cement relationships among their providers, as well as furnish the data they need to plan forward.

Which providers should hurry to the starting line? An organization with an alliance of providers who can deliver most or all of the needed services in one or more episodes, or in multiple episodes for a specialty, is a perfect candidate. Systems with large numbers of employed physicians will have the most potential, followed by those with strong relationships with one or more independent physician groups, and physician-hospital organizations with a history of payment distribution.

Solid networks, built on a history of sharing data, will need technology to create episodes of care, cost measures and analytics to ensure that they remain solvent. Bundled payments, as they grow throughout all specialties, will disrupt the current system. But they also have the power to incorporate many other improvements to shave costs: medical decision-making changes to improve cost and patient outcomes; stronger physician relationships and better data for determining how to improve. 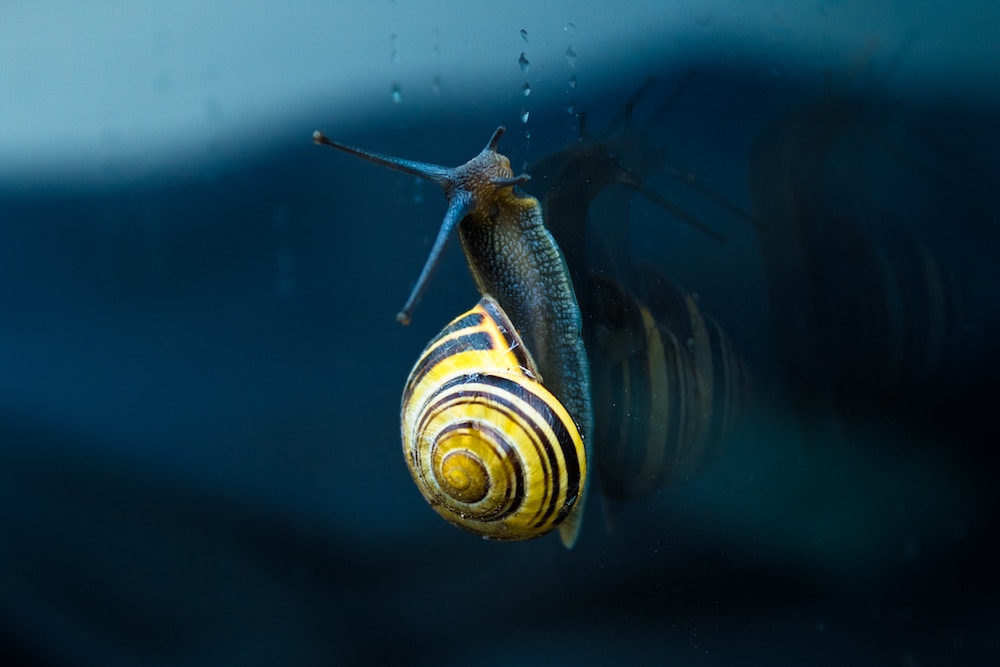 Time Out! How Strategic Pauses Can Enhance Medical Decision-Making to Improve Outcomes

Time Out! How Strategic Pauses Can Enhance Medical Decision-Making to Improve Outcomes