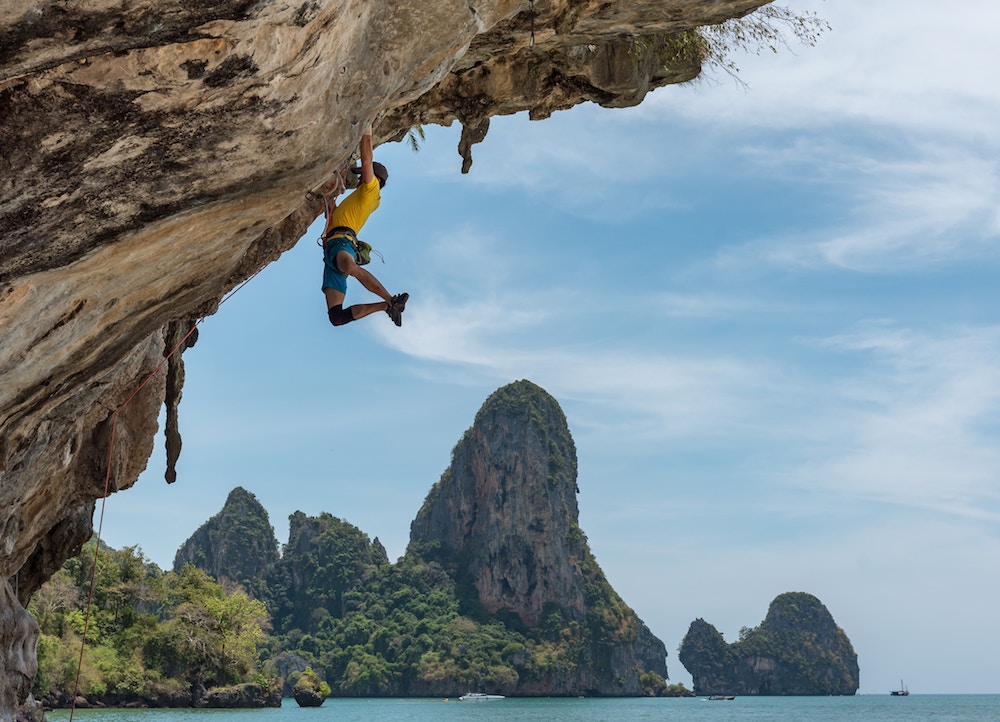 The Final Rule for the Medicare Shared Savings Program (MSSP) Accountable Care Organization (ACO)  has been released, the first real revision since the program’s inception.

Introducing the proposed rule, CMS stated that it is time to put real ‘accountability’ in Accountable Care Organizations, and this means that ACOs need to accept financial risk. The theme behind Pathways to Success is to end the one-sided risk model.

Although ACOs were supposed to curb healthcare spending, data released earlier this year showed that CMS actually spent $384 million more, rather than saving $1.7 billion. Further digging reveals that non-risk bearing ACOs accounted for the cost increases, while some risk-bearing counterparts managed to save money. One-sided ACOs have cost the federal government $444 million from 2013 to 2016, compared to at-risk ACOs, which had aggregate savings of $60 million. As a result of the poor ACO showing, CMS began strongly indicating that the end was near for ACOs that do not bear risk. This proposed rule creates a transition for moving the ACO model with only government risk to a model where both parties share.

When viewing 2016 data (the most recently available) on its own, the savings results reflect poorly on Track 1 ACOs. ACOs at risk saved money, and ACOs that were not at risk failed to generate savings—they actually generated losses. Interestingly, there was a distinct difference between physician-led (low-volume) ACOs and hospital-led (high-volume) ACOs, which has played a role in the proposed rules:

Following are 10 key points from the Proposed Rule:

1. ACO participation tracks are revamped to require a shorter time for accepting risk and a longer overall term period.

The proposal calls for two types of ACO participation terms: Basic and Enhanced tracks, each with a five-year term. Basic and Enhanced tracks will consolidate and replace Tracks 1, 1+, 2 and 3. The Basic track transitions ACOs from upside-savings only to a model with enough risk to fulfill the Quality Payment Program (QPP) definition of an Advanced APM. Each year, the next phase of increased risk kicks in automatically. ACOs may elect to advance more quickly but cannot remain at the same level. The Enhanced track starts at the point where the Basic track concludes, with higher levels of risk (and rewards) in each year.

New agreements will start on July 1, 2019. The first “performance year” is actually only six months. However, the initial six months will not count as a part of the initial one-sided risk phase. In other words, those who do start on July 1, 2019 (and who are not existing ACOs) will have a 2.5 year period (through December 31, 2021) before the two-sided arrangement takes effect.

2. There are advantages for new and/or physician-led ACOs.

Based on their previous successful performance, “Low-volume” ACOs (physician-led) will have the opportunity to re-enlist in the Basic track (at the highest level of risk) after completing the first five-year term, rather than proceed to the Enhanced level. This keeps their level of financial risk lower. “High-volume” (hospital-led) ACOs must move into the Enhanced track after completing the Basic track, therefore taking on more risk. This will moderate the level of downside risk that that they must assume. New ACOs also benefit over those that are already in the program. While all new ACOs in the Basic track can avoid financial risk for the first two years of the arrangement, existing upside-only ACOs only have one remaining year that is risk-free.

3. Patients will get more information—including their first “assignment” notice to an ACO.

The Proposed Rule calls for patients to receive a standardized, written notice at the first primary care visit of the year that the patient is assigned to an ACO. How this plays out among seniors will be interesting. Although Medicare patients will have no obligation to seek services in a specific network, many patients may interpret the notice differently, regardless of wording. ACOs have expressed frustration that patients go outside of the network for services, affecting their costs—but it is not clear that non-ACO specialty services are any more expensive. Patients will also have the choice to opt-in to a specific ACO, even before receiving care.

4. The ACO may offer the patient up to $20 as an incentive for taking steps to improve care.

Although the goal is to engage patients, effectiveness of these incentives will only be apparent by evaluating outcomes for patients over time. Unfortunately, there are no explicit provisions to track outcomes associated with patient incentives.

5. Benchmarking methodology will change, to the advantage of many higher cost regions.

CMS will begin to evaluate ACO benchmarks differently than in previous years, including looking at regional markets when calculating an ACO’s expected expenditures. Previously, ACOs with high costs and savings could actually be penalized for their own success. Under that prior methodology, when the ACO was compared to its limited market, it seemed as though the ACO’s performance was merely consistent with the community, and did not merit being credited for savings.

This shift in methodology will reduce the weight given to regional spending when calculating benchmarks and then cap the maximum adjustment amount at the value of 5 percent of Medicare FFS per capita spending. Benchmarks that incorporate regional FFS spending have been proposed to commence at the beginning of the ACO’s first performance period, which will add additional context to an ACO’s benchmark relative to the surrounding community.

6. CMS may remove ACOs from the program.

CMS has proposed a right to refuse ACOs from renewing that had multiple years of poor performance in the previous agreement period, or that could not demonstrate their ability to perform under an existing agreement. For example, an ACO that failed to perform within the first two years of the Basic model may be barred from completing the path. ACOs that are terminated or are not renewed could no longer be considered participants in a MIPS APM or AAPM, and would need to seek an alternative manner in which to fulfill Quality Payment Program requirements.

7. There are provisions to prevent modifying ACO structures and avoiding requirements.

CMS understands that the fear of risk could induce providers to avoid it by reorganizing. With requirements that vary according to previous participation status, structure and more, CMS has taken steps to ensure that ACOs may only enter intended program tracks.

Previous participation is factored into both program availability (Basic or Enhanced) and past performance. CMS will identify “new” ACOs as existing ACOs if more than 50 percent of the providers were formerly in an ACO together. Therefore, an ACO could not simply change governing boards, reorganize or rename the ACO entity. That will prevent ACOs from quitting the Basic track at the point where two-sided risk is required, re-organizing and entering a new Basic agreement. Also, ACOs with two agreement terms already will retain the accelerated timeframe that separates one-sided and two-sided risk.

To further combat any ACO attempts to avoid the consequences of failure under financial risk, CMS has included a provision for recouping losses, even if the ACO disbands before the end of the performance period. If the ACO ceases to exist (either voluntarily disbanded or terminated by CMS), accrued shared losses must still be paid back to CMS.

8. ACO quality measurement will be refocused on core quality concepts.

In the Proposed Rule, Quality is broadly concerned with all aspects of improved patient care and not necessarily related to the ACO quality measures. The number of measures required for the quality reporting component has decreased to 24 from 31. The CMS message is that less time spent on harvesting data for quality reporting will mean more time for providers to care for their patients. As we’ve described, these initiatives are intended to move providers toward risk, and away from quality measures as an accurate estimation of performance. More time for patients can only really occur if ACOs begin measuring and rewarding provider productivity.

Other quality-related provisions concern care coordination. At the system level, this is related to interoperability between EHRs. ACOs will need to adopt the 2015 edition of Certified EHR Technology, which will facilitate improved care coordination, as well as the MyHealthEData push. At the practice-level, providers in two-sided risk arrangements will receive higher reimbursement for telehealth services. The hope is that the flexibility of lower-cost methods of patient services will help ACOs balance cost of services and deliver care to more patients, while still ensuring good care.

9. The ACO Restructuring May Affect Provider Willingness to Form and Participate in ACOs.

Eighty-two ACOs will come due for the proposed mandatory financial risk under the Proposed Rule. ACOs started in 2012 or 2013 are coming due for the two-sided risk period. Many of these ACOs have argued that they are not ready to take on risk. In a survey by the National Association of ACOs (NAACOS), 71 percent of those 82 surveys said that if they were forced to take on risk, they would be more likely to drop out of the program than continue.

10. The Rule is still only proposed; Comments are due by
October 16.

Despite long-standing hints and the fact that the Rule closely tracks MedPac recommendations, this is still a Proposed Rule and open to comment. The American Hospital Association (AHA) and NAACOS have predictably spoken out against the elimination of the one-sided risk model. With the health of 10.5 million people (and counting) at stake, as well as the infrastructure of 561 organizations and an estimated impact of $2.2 billion over the next 10 years, it’s difficult to overstate the importance of this proposal. Voice your opinion at www.regulations.gov. 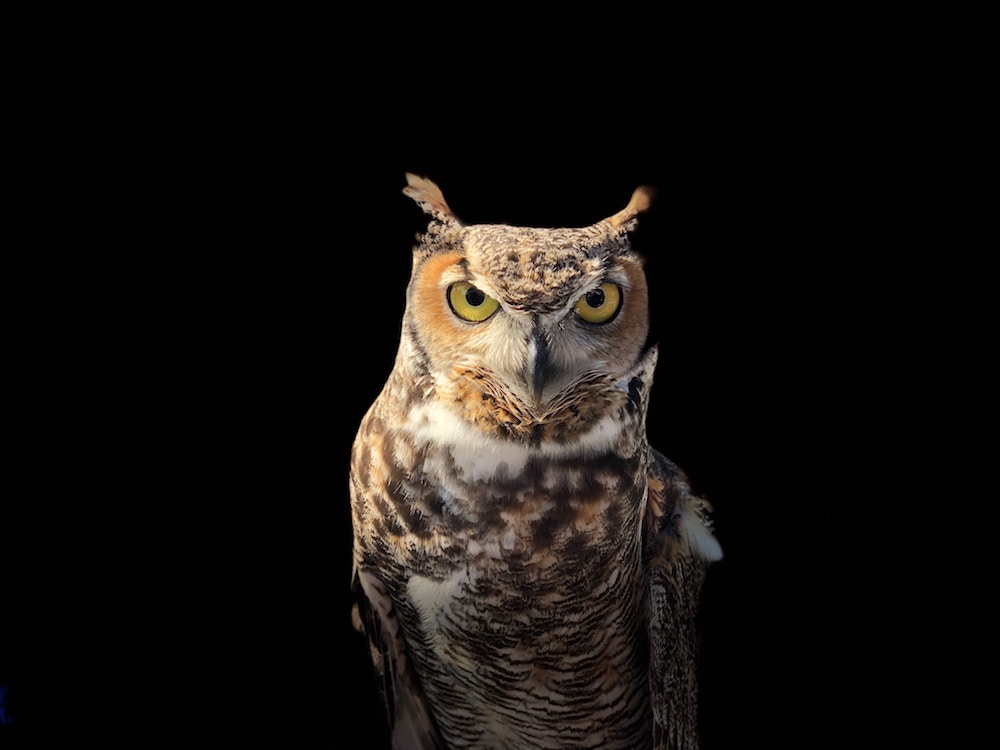