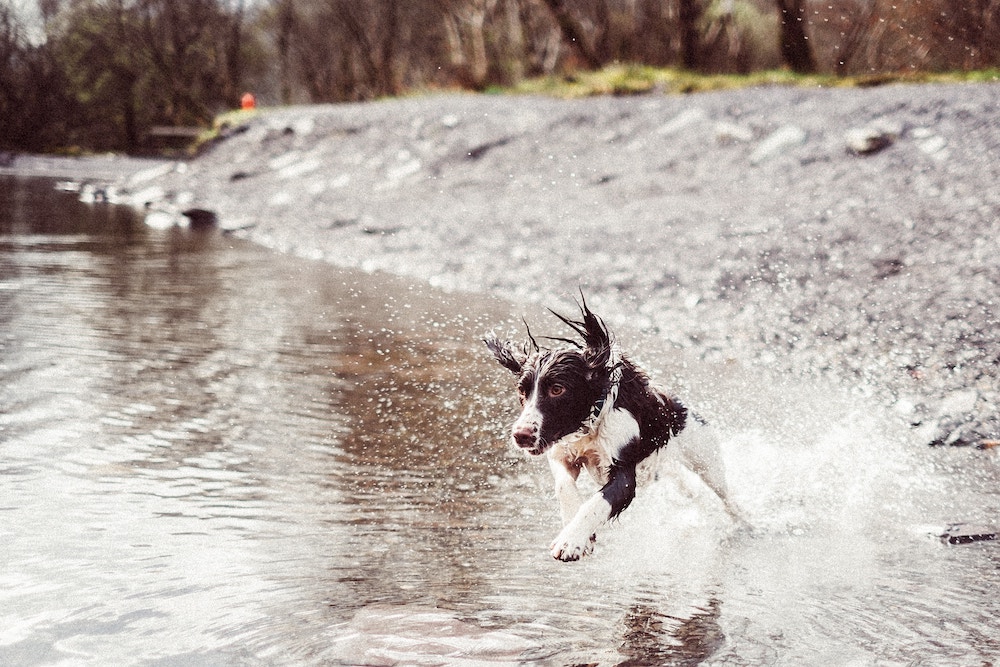 Last week CMS released a proposed rule addressing revisions in the Physician Fee Schedule (PFS) and the Quality Payment Program (QPP), along with a few other matters. Of 1,704 pages, only about 20 addressed ACOs issues directly. But ACOs should take a holistic approach to reading this proposed rule, as well as the proposed Outpatient Prospective Payment System (OPPS) rule.

Competition Among Risk Models Will Strongly Affect the Course of Change

With so many CMS programs and models now in flux, the whole is more than the sum of its parts. It’s worth the effort to pay attention to the systematic interweaving of proposed changes throughout the various programs. That’s because CMS’s position is clarifying the direction and makeup of Medicare’s Value-Based Health Care program. ACOs, once considered “the” direction for Medicare Value-Based Health Care, will be just one of several options for new Medicare risk-based models. Medicare Advantage (MA) plans—the option that is repeatedly praised by CMS—Direct Contracting (DC) physician practices, Primary Care First (PCF) practices, and various types of ACOs will be competing for both physicians and patients.

When the “Pathways to Success” ACO rule was finalized in December 2018, providers did not wholeheartedly embrace a regulatory path to Risk. New Primary Care Models were announced as innovations, yet it was clear to everyone that CMS had failed to create protective boundaries for ACOs; the same providers form the foundation for both types of models and can’t realistically participate in both at this time. ACOs may still not appreciate that CMS’s intent was not to protect them, but to stimulate them (and other providers) through competition.

To Regain Superior Positioning, ACOs Must Increase the Pace of Change

The new competitive landscape creates new urgencies for ACOs to ensure that physicians and patients see the advantages of a provider-built model of delivery. Here’s how we tally the key takeaways for ACOs from the PFS/QPP and OPPS rules, and actions that ACOs should take now to ensure a strong showing against the other models:

None of the ACO models, even Next Generation ACOs, is comparable to the simple Direct Contracting capitation model. Despite the fear factor of capitation, ACOs will find themselves at a recruitment disadvantage if primary care physicians positively view capitation as predictable revenues they can depend on, yet see downside risk in Medicare Shared Savings Plans (MSSPs) as a surprise retroactive rate cut. ACOs must now, ironically, argue for capitation with CMS. But they also need to create internal capitation-based reports and projects to engage physician in reviewing variations.

The quest for better cost performance tracking should inspire the need for better mechanisms to understand variations in cost, and to improve data itself (including patient risk data and social determinants). This should become an important segue for involving physician in a learning and contributory process using patient data and costs, rather than the all-too-often negative process that penalizes physicians for higher costs.

2. Redesign ACO quality systems to include all patients in quality measurement, even when reporting requires less.

Most ACOs, understanding that the current ACO system provides a low bar for quality by using a sampling approach, gamble by waiting for the sample and then running their data. After all, why track quality on 100 percent of your patients when a small number can create eligibility for savings, especially given that the new PFS/QPP rule allows physicians to use their own MIPS scores if ACO scores aren’t high enough?

The dissenting argument is that without understanding how each physician actually is performing, the ACO has little ability to guide and achieve the value that the ACO hopes to provide. The strategy also fails the ACO by making it impossible to connect quality results with cost data.

Limiting the ACO’s quality reporting to regulation-only requirements actually encourages physicians to perceive the ACO as tangential (and not helpful) to their own efforts to perform good care. The ACO should evaluate ACO participants’ MIPS scores so that it can actually understand how each physician is really doing against the standard for every patient, as well as their real performance for their patients. That effort should also compare quality using the new set of 23 measures as well as MIPS measures.

3. Embark on a primary care recruitment campaign that outlines the ACO agenda to help primaries do better than PCF or Direct Contracting, or Medicare Advantage.

CMS is probably correct that many groups who are not willing to join ACOs are willing to directly contract. But if that is the case, it reflects the likelihood that the ACO has either organized itself to be un-beneficial for larger physician groups, or has not done a good job of conveying its message.

To compete properly in risk models, the ACO will need to identify its benefits to core physicians—by asking them. If the ACO benefits are not strong enough compared to the other models, its future options will be very limited, assuming those physicians were good candidates for ACO participants. That’s something else the ACO should now realize is necessary: a recruitment process that collects data and information that properly evaluates its participating providers’ practices, attitudes, and costs.

MA plans and other models will have the ability to tighten the formal bond between patients and the practice, just short of restricting choice. The PFS/QPP rule is very revealing in its attempts to simplify and streamline the complex pricing of physician services, and at several points specifically refers to the benefit of comparisons. CMS has been forcing the transparency of pricing for all health care providers. ACOs have the capacity to weigh in and potentially manage this transition internally, and create an advantage by making it a part of the medical decision process. Price transparency will happen one way or the other in health care, and ACOs should recognize this as an opportunity that could help them compete now.

5. Be involved in visible public health and patient initiatives—be more than a financial or functional mechanism for providing care.

The ACO has had little separate identity to date, unlike either its individual practices or Medicare Advantage plans. Its administrative functions are not strong enough to be relevant to either providers or patients.

ACOs in competition will need to mature beyond getting attributed patients and invisibly developing processes to do better care. As administrative entities, they have no marketing oomph in an environment where the competitors do. In short, they need to be aspirational and appeal to both consumers and physicians.

An obvious option is for the ACO to be a more visible enterprise, and this will prove an advantage both competitively and to achieve better outcomes. ACOs must be able to take on the issues of opioids—a major feature of the proposed PFS/QPP rule—women and minority health inequities, vaccinations, and other significant public health issues.

Between the lines of the Medicare initiatives in Value-Based Health Care as outlined in the proposed PFS/QPP rule, the ACO is still maturing. Some ACOs have become very important to their stakeholders, even if their “brand” is primarily known only to their participating providers. For successfully performing ACOs to continue to make gains against competition, they will need to broaden their influence internally and with patients. Still-evolving ACOs must aggressively battle to compete for patients and physicians, offering much more than many first entrants in their markets had to do. The strategy for ACOs on both ends of the spectrum must be to become relevant, not by scripting their actions from regulations that depict the minimal requirements, but by competing as customer- and physician-focused businesses. 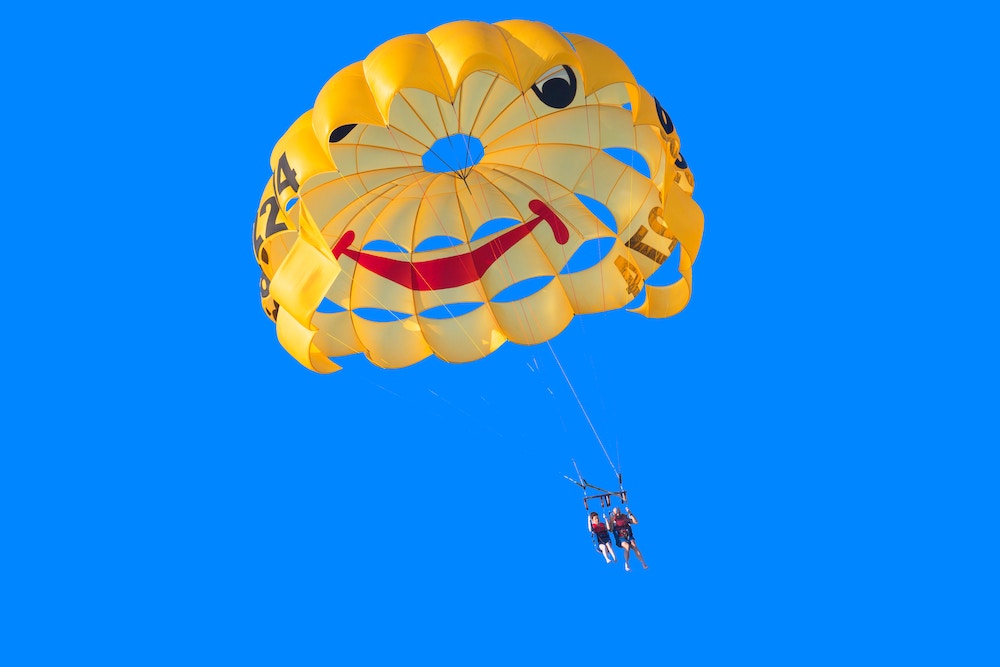