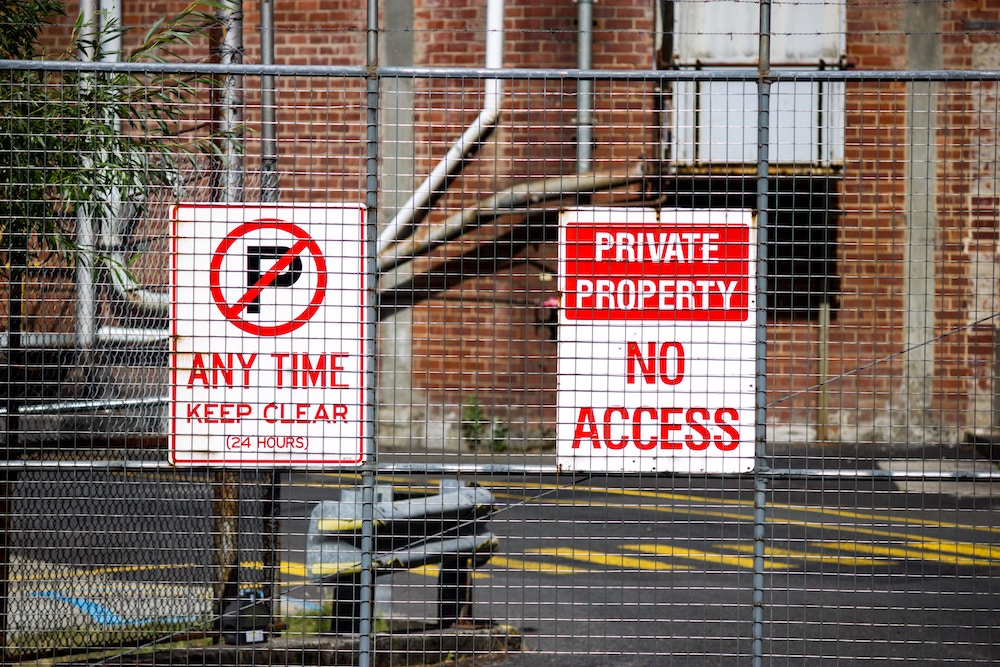 Women receive health care that is below par, and the consequences are unnecessary morbidity and death. It is fact, not fiction—borne out by significant data that reveal disparities across many major conditions—that inattention to women’s unique symptoms, risk factors, disease biology and treatment effects are causing harm to women. Despite the reality, a poor body of research exists to point women’s health in the right direction.

Value-Based Health Care (VBHC) assumes that we can measure providers’ delivery of health care against clinical standards. What if we don’t even know how half the population exhibits disease or responds to therapies? At the least, VBHC will reward providers for the wrong things.

For example, if we don’t understand that heart failure prognosis and treatment is different in women versus men—which stems from underrepresentation of women in clinical trials for the disease—practices can generate different costs and outcomes based on their patient populations, alone. Our VBHC incentives will do nothing to further the quality nor the improvement arc of outcomes and cost without understanding what interventions work in subpopulations.

For health systems and ACOs to help their providers adhere to a standard of care and to use population health effectively, they need protocols based on accurate research. They have a stake in ensuring that they can deliver services of high quality with predictable costs. It’s time to seriously focus on women’s health and, in the process of VBHC, embed accountability for quality and cost that addresses critical care issues.

Women’s Cardiovascular Disease: A Collision of Cultural Bias and Lack of Science

Cultural bias by providers is one reason why women are failed by health care. Providers frequently evaluate women according to health care symptoms, standards and research based on men, and thereby delegitimize women’s symptoms and complaints. This persists even with overwhelming data on the unique variants or higher incidence of disease, and different symptoms in women. Despite the fact that cardiovascular disease is the number one cause of mortality in women, and there are now well-known differences in cardiac symptoms and biology, women presenting with heart attacks do not receive the well-established standard of immediate treatment. Why? Because women are being assessed through a gender-specific lens fitted with cultural attitudes of the provider.

That lens is influenced by a second, more insidious issue—the lack of knowledge stemming from insufficient research on women’s health and limited inclusion of women in basic research and clinical studies. If medicine were taught with an understanding of sex differences in conditions and disease, physicians would be more likely to apply that knowledge in practice. However, only since the beginning of the millennium have serious attempts have been made to include women as subjects of research. The basic standards of care have been designed largely based on research in which 100 per cent of the research subjects are men, and the results extrapolated to women. Such is the case in the use of aspirin for patients presenting with heart attacks.

While the inclusion of women in research has definitely progressed, there are still major clinical areas for which there is simply no understanding of how women experience disease, nor whether the treatments hurt or help them. Trying to transform the health care system to provide better value must address these gaps.

Maternal Mortality: The C-Section Connection and Ignorance About Pregnancy Effects

The maternal mortality rate in the U.S. is higher than for any other wealthy, industrialized country, with 14 deaths per 100,000 deliveries (18 per the Centers for Disease Control, compared to 7 for Canada). Rates for African American women are much worse than average, at 40 deaths per 100,000, similar to rates in the developing world. Recent analysis of maternal deaths now reveals a potential link to complications resulting from cesarean sections, which have skyrocketed over the same general period as maternal mortality rates. To understand the data, we have to dig beyond overall rates to take into account the specific patient populations that may be high-risk.

Pregnancy, its complications, and how that affects health later on for the woman and child are only recently being uncovered. That is because research using pregnant women was stymied by federal policy prohibiting it; only recently has that policy been updated to no longer categorize pregnant women as “coercible” and mentally unstable research subjects.

New scientific research on genomic expression is clarifying a number of serious consequences of pregnancy-related issues for the woman and child that have life-long implications. Preeclampsia creates a higher risk of dementia and cardiovascular disease, including stroke, for women who experience this common complication of pregnancy. Nonetheless, despite evidence that use of antihypertensive medications to treat preeclampsia can ameliorate these risks, there remains debate in the medical community about whether and how to treat pregnant women.

Also lacking is an understanding of how certain drugs affect pregnant women. Why? Once again, because pregnant women were barred from participation in research trials until this past January. Even with 98 percent of drugs not tested for safety in pregnant women, however, 90 percent of women take at least one drug during pregnancy.

The Inclusion of Women in Research: Why Is It Still an Issue?

Pushed by scientists and activists, both the National Institutes of Health (NIH)—the largest funder of research in the U.S.—and the Federal Drug Administration (FDA) revised their policies in the 1990s to include women in research and drug trials. Federal legislation in 1993 required NIH to include women and minorities in all clinical research, ensure that Phase 3 clinical trials have volume that would permit gender-specific results, and to create programs to enroll and retain women and minorities in clinical trials.

Nevertheless, compliance with federal requirements—while improving—is not universal. Reviews of clinical research in 2011 and 2013, years subsequent to the policies, showed that most studies that were not targeted to specific women’s conditions had an average of 37 percent enrollment of women. Moreover, two-thirds of studies did not specify sex-differentiated results nor explain the reason. In addition, health issues that were of grave concern to women’s outcomes, such as acute coronary syndrome, did not enroll women in sufficient numbers related to the preponderance of disease. Although a 2018 study showed that participation by women in cardiovascular trials has increased to adequate levels in many areas, critical shortages still remain in some: heart failure, coronary artery disease, acute coronary syndrome/myocardial infarction.

The continued lack of inclusion of women in various levels of clinical research may reflect a basic problem: failure to address sex differentiation in basic biomedical research, which precedes clinical research involving human subjects. A review of surgical research publications from 2011 to 2012 demonstrates that 80 percent of articles were based only on male subjects. Actual animal subjects gave worse results: 84 per cent male versus 16 percent female study subjects. Even in studies relevant to female-prevalent diseases, 44 percent did not specify sex of subjects; if specified, only 12 percent were female. A 2018 study performed in orthopedic basic science  showed similarly low results for the inclusion of female subjects.

Why this sub-optimal inclusion of women in research trials? The 2018 cardiovascular research review identified a significant possibility: data revealed that women were not screened for inclusion in clinical trials. Whether that problem stems from lack of identification by their physicians or from lack of interest by women candidates is unknown.

Less Funding for Women Researchers: No Way to Correct the Imbalance

Like women physicians, women researchers encounter obstacles in their environment that make it difficult to advance. For starters, grants for top women principal investigators are $41,000 less, on average, than their male peers, despite their working at top U.S. research institutions. In addition, they get fewer research assistants and less equipment. The implications are more far-reaching than a single grant. Fewer early resources for women researchers directly affect their reputations at their institutions, future grants and advancement to leadership.

In an Association of Medical Colleges study of research proposals submitted by women, a review of 150 NIH grants awarded to men and women scientists found no bias in initial grant awards, but a significant point disparity on renewals for women, along with reviewer comments that reflected stereotypes.

The significance of holding back women from scientific leadership is twofold. First, they can’t influence the course of research toward the seriously underfunded women’s diseases, such as ovarian cancer and reproductive health. Second, it slows the progress of adequate representation of women in research, the recruitment of women and attention to gender-specific results.

Health systems that are academically centered have an obvious role to play in advancing women’s health research, but it may be less obvious for regional health systems and ACOs. It shouldn’t be. More than half of their patients are women, and providers can directly contribute to improving outcomes and controlling costs for these patients.

Health systems and ACOs have the patient-specific data and accountability for providing the best care, and they can help fulfill this by making opportunities available for their patients.

2. Partner with institutions performing research to expand opportunities for patients.

Even physician-led ACOs and health systems that have no academic base can benefit by being involved in health care research. Research projects that need high patient volume will need local provider participation to meet their goals.

A differentiating factor in some women-targeted diseases is not mortality but morbidity. Pain, functionality and mobility, and depression are outcomes that are highly associated with diseases that are prevalent in women. Capturing this data will help not only in identifying patients for research, but also in designing better interventions and helping physicians interpret results.

4. Champion women researchers and their proposals through internal and external advocacy.

Evidence shows that women researchers are undervalued by their employers and outside entities. In addition to tactics already described for women physicians, the championing of women principal investigators is an important role for providers. Promoting women principal investigators with advocacy organizations can influence funding of proposals in the wane of as science journalism wanes.

5. Establish protocols for women’s care, plus education for physicians, based on recent research.

Research must translate into better care, and all providers need to ensure that knowledge becomes practice. The most egregious examples of failure include delayed or misdiagnosed women’s cardiac conditions along with high cesarean section rates/maternal complications. But these serious issues are just a starting point for large-scale interventions aimed at improving outcomes for women. 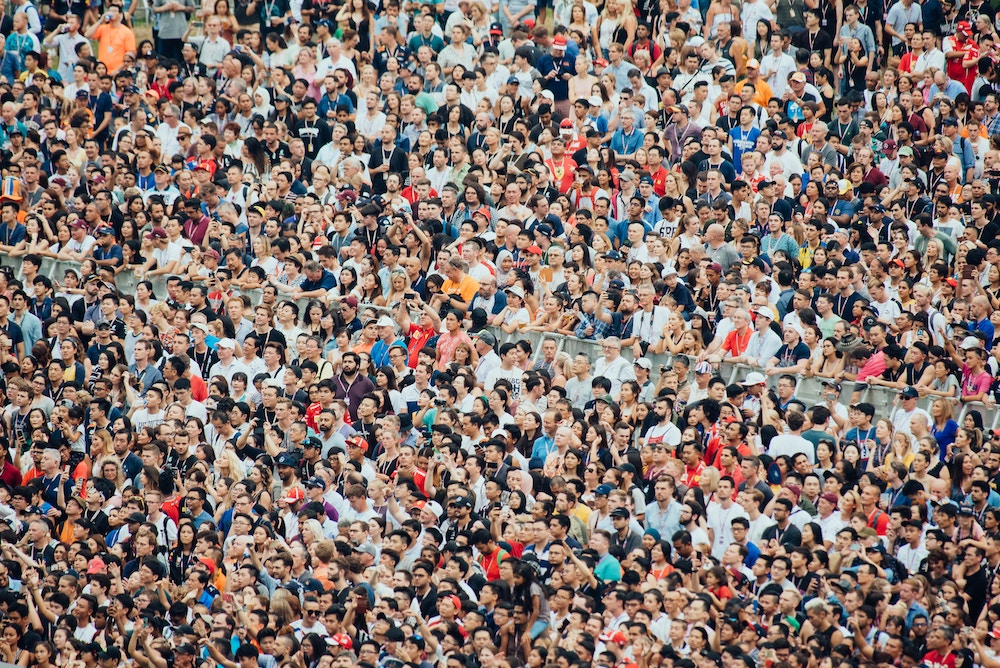