Can Consumers Ever Get the Transparency Needed to Predict Health Care Costs?

By Theresa HushDecember 11, 2019 No Comments 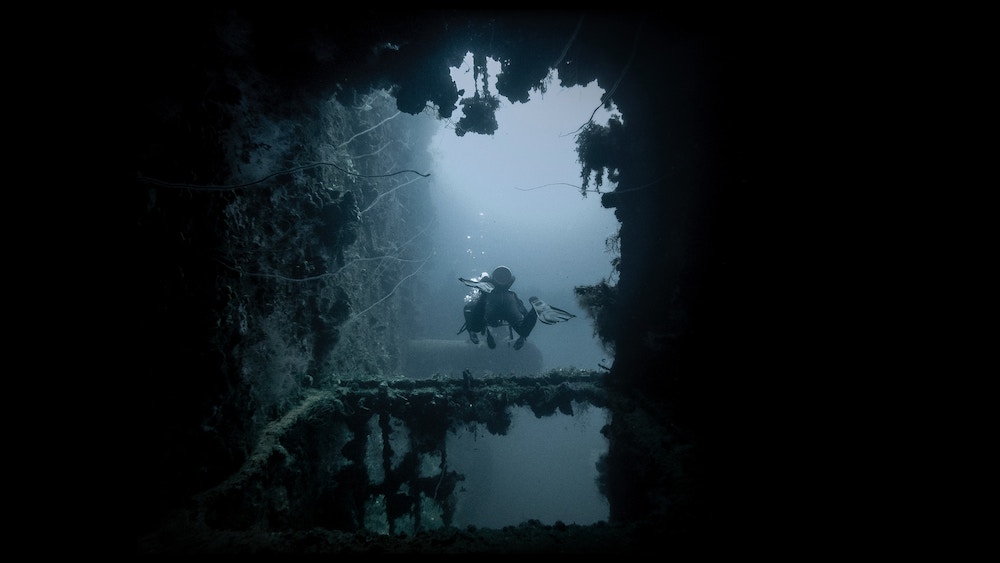 If you’re feeling squeezed to control your medical costs and pressured to find the essential information and help you need to do it, there’s a good reason. Health care professionals, politicians, and economic experts are calling on consumers to make decisions about what services to get and where to get them. While Value-Based Health Care claims may focus on provider accountability for better and more coordinated, economic care, a secondary theme is to achieve greater accountability and cost sharing by patients.

Giving consumers the tools to be accountable underlies the Transparency movement, including the new proposed rule from CMS that requires both transparency of coverage by health plans, and price transparency from providers. The idea is that consumers can shop and pick more cost-effective health care once they know (in advance, theoretically) what the cost of services will be.

Will transparency give you what you need to take control of health care costs? Easier said than done. The answer depends on the changing nature of coverage, issues with transparency, and what consumers will need for good decision-making beyond prices.

Your Insurance Coverage Scope Is Narrowing—and Limiting Options for Access

The reality is that government and private health plans are leveraging consumer capital to lower health care costs for Medicare, Medicaid, and employers. Employers have moved to high deductible health plans with Health Spending Account (HSA) options that put a much higher share of costs on consumers; just over half of employment-based coverage remains traditional, yet with higher deductibles and copays than in the past. Medicare Advantage (MA) plans, now covering 22 million beneficiaries, are promoted by Medicare—yet insurers can now redline individuals with high risk and charge supplemental costs for coverage if those MA beneficiaries decide to leave their MA plans because they are not able to get the right medical services when really ill, mostly due to narrow network contracting.

The bottom line is that you don’t have the luxury of health care shopping—with or without good comparative cost information. Shopping around is not really a coverage option for most Americans.

Even in traditional health coverage, health plans and employers are limiting provider options for employees who would otherwise choose out-of-network providers but cannot afford the result—staggering copayment penalties. Some employers are also directly contracting or hiring their own providers, potentially leaving employees with special needs in the lurch for services..

If the costs of health care are unaffordable for employers and government, which can spread costs over large groups, they are devastating for an individual consumer experiencing illness. The changing landscape of health care coverage, coupled with the high cost of care, has begun to hurl consumers into financial disaster. Medical bankruptcies and heavy credit debt
as well as wage garnishments resulting from provider lawsuits against consumers are occurring at higher rates than ever before. According to a Gallup survey, more than a quarter of consumers don’t seek the medical care they need each year. One of every seven seniors was unable to pay for medicine for serious illnesses within the last year. The same was true for one of every five individuals earning less than $60,000 annually.

How Transparency Is Complicated by Competitive Health Care Practices

Lack of transparency contributes to consumers’ financial distress in two ways. The first problem is created by providers. Consumers cannot use competitive purchasing practices without being able to predict the cost of treatment. They must also have the ability to compare costs between providers. Almost half of emergency room patients report that they did not know what their costs would be when seeking services, and only one-third of adults say that their doctors discuss the costs of treatment. Consumers are still almost always in the dark about what it will actually cost to get help.

The second problem is the overarching insurance scheme of network negotiations to create competitive pricing. That competition between providers and between health plans determines how expensive the coverage selections will be to employers. Rate negotiations with health plans are usually negotiated by entity—for example, physician practice or hospital, then by the individual practice or service type. None of this is transparent.

To complicate matters, health plans negotiate several network tiers so that they can offer the lowest cost products. The move to “narrow networks” by health plans has exacerbated this problem.

1. There is no common sticker price for health care services.

Payment rates are negotiated between each health plan and providers on a regular basis, with big differences in charges. A hospital or physician will bill “charges”—using its own fee schedule that is usually three or four times what the payer negotiated—and then write off the difference before charging patients their portion of copayments.

CMS proposed rules will require providers to give consumers payer-specific costs, but this is being hotly contested by organized provider groups. Predictive pricing quotes would require specialized technology and algorithms to give consumers more than ballpark figures, and could lead to liability when actual costs exceed predictions.

Additionally, providers prefer to keep their negotiated rates from public view and analysis. These rates reflect their competitive positions, and comparison may be an embarrassment.

2. Each separate provider on the care team will have their own participation status in a health plan network that is tied to the patient’s coverage.

Delivering transparency to consumers when providers’ network participation differs is enormously complex, and it is hard to believe that all providers could manage the credentialing required to do it, as well as the individual rate calculations.

Current transparency efforts are configured on individual health care services. But that’s not how patients experience their choices. Instead, consumers are on a continuum of diagnostics and treatment that will involve multiple services within a given time frame. For chronic illness, that time frame is long, and for individual episodes like surgery, exceedingly short. There are conditions, like auto-immune diseases, that may involve new events that trigger a mini-episode to manage.

None of the transparency proposals currently require episodes-of-care packaging except where bundled payments are common practice, such as obstetrical services. Without package pricing, consumers can’t possibly predict the total cost of a single episode, let alone compare the costs between providers.

Will Price Transparency Even Help Consumers?

Let’s be honest, shopping for health care isn’t like any other kind of retail experience. First, dealing with the health care system is what most people try to avoid. When they can’t, it’s because their situations are either immediately urgent or unavoidable. We all know not to shop for groceries while hungry, but hunting for health care often involves urgent and emotionally-driven circumstances. Most of us don’t have the time to comparison shop, even if we had the information to do it. And it’s far worse for consumers challenged by economic barriers to care.

Second, who understands the health care product? Even if your doctor gives you a good explanation of what’s involved in treatment, knowing how that translates into individual health care services by more than one professional is extremely hard for the consumer to do, let alone know the participation status of each provider in your health plan.

If you have been recommended surgery, for example, knowing the cost of the surgeon’s fee is just one part of the total cost. There is also the anaesthesiologist, the radiologist, the hospital or facility fee, labs, services before and after the surgery such as rehab or other therapy post-surgery, the inclusion of assistant surgeons or other professionals, and prescription drugs.

With all that said, current transparency efforts are still a good first step to relieving the frustration of unknown costs for consumers. While not the full solution, they may have a positive effect in opening discussions about costs, and ensuring that consumers have some needed information to compare various treatment alternatives.

The complexity of educating medical decisions through cost transparency is daunting. To be effective in an environment of competitive rate negotiations, the most comprehensive effort is likely beyond the capacity of most providers. Governmental and private health plans should be engaged in a collaborative effort to create a common framework for providers to access and to compile both pricing and provider participation data that can be relevant based on an individual’s coverage.

The transparency issue is a byproduct of our complicated market-based health care system, which has inherent and hidden costs. Countries where the norm is universal benefits or health care pricing have an easier foundation for transparent pricing, because there is no need to capture participation of providers, negotiated fee schedules, and individual coverages in a single system of predictive cost transparency. Beyond universal coverage, the issue of transparency, complexity, and hidden costs are what propel interest in Medicare-for-all proposals.

While there may be future consensus for big changes in health care, we can’t delay helping consumers out of the crises they face now. It is unreasonable—unethical, in fact—to permit coverages that impose significantly higher cost share to consumers without pairing a reliable method to predict costs at time of medical decision-making, and then sue and impoverish patients who cannot pay. 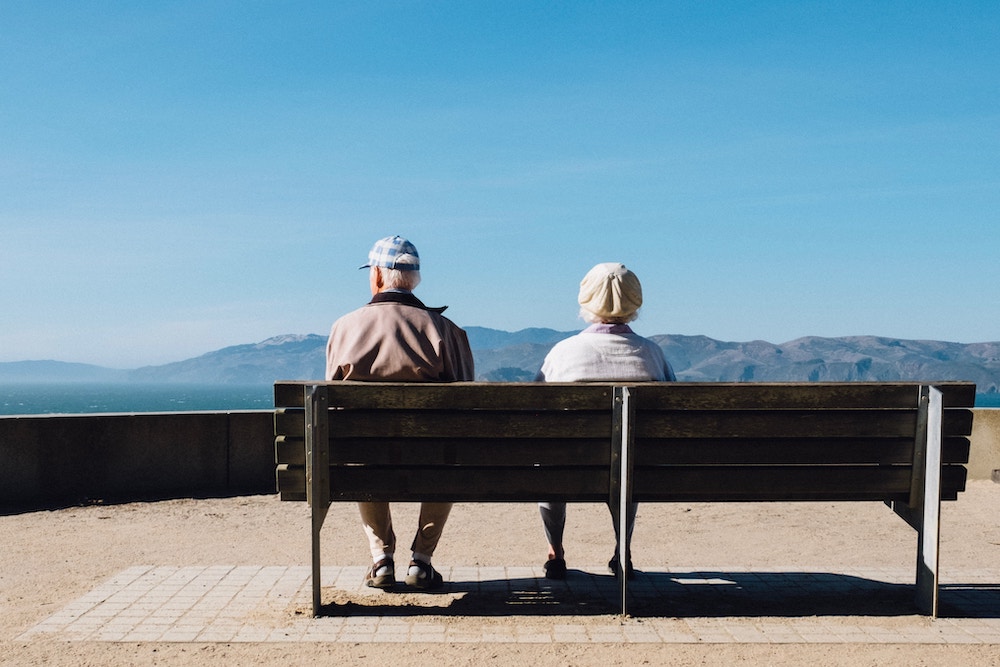