Season’s Greetings from CMS: You Owe 1.5 Percent for a PQRS Reporting Failure

By Dave HalpertDecember 16, 2014 No Comments 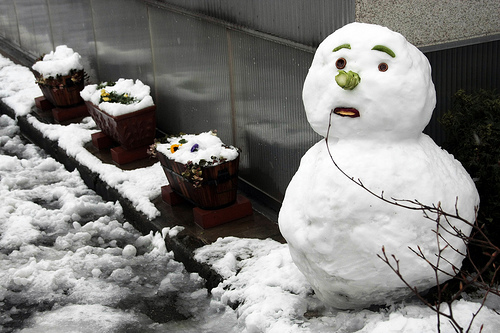 ‘Tis the season to be jolly—unless your health care organization is one of many last week that received a letter from the Centers for Medicare and Medicaid Services (CMS) informing you that at least one of your providers was eligible to participate in PQRS in 2013, but failed to do so—and that a penalty is coming in 2015.

Those who did not successfully report at least one PQRS measure in 2013 will only be reimbursed 98.5 percent on all allowable 2015 Medicare Part B charges—a 1.5 percent cut.

Ready or Not, the Penalties Were Based on 2013 PQRS Reporting

The 2013 program year was the first that provided for a penalty, in addition to the opportunity for an incentive payment.

Some organizations, particularly those who downloaded their 2013 Quality Resource and Use Reports (QRURs), knew this letter was coming. Others were shocked to read that Medicare’s “records indicate that you were eligible and able to participate in PQRS during 2013. . . . Because you did not meet the criteria to avoid the 2015 payment adjustment . . . CMS will reduce all MPFS payments for services rendered . . . .” Perhaps the most surprised are those who thought that, by participating in Meaningful Use, PQRS requirements were automatically fulfilled. But that’s not the case.

The method Medicare uses to identify a provider has compounded the confusion. Your name on your office-wall degree has no relevance. When you submit as an individual provider (rather than as a Group Practice), Medicare looks at the combination of the individual National Provider Identifier (NPI) and practice Tax Identification Number (TIN) on the claim. Dr. John Doe becomes 1234567890/98-7654321.

Here’s what’s important to remember: BOTH numbers count. These letters are based on Medicare’s 2013 review of who (by NPI/TIN combination) could have participated in PQRS, and who did (and didn’t). We’ve seen instances where a provider was rewarded with one group, but simultaneously penalized under another. It all comes back to the combination of numbers on the claims.

How Can Your Organization Avoid Future Penalty Letters?

Quality reporting is mandatory. Believe CMS when they say that penalties are increasing for PQRS non-reporting. No last-minute reprieve was granted for eligible providers who did not fulfill the minimum PQRS reporting requirement. Those who do not report at least three PQRS measures successfully in 2014 can expect to find a similar letter waiting for them at the end of 2015. But the price of reporting failure will be higher: the penalty will be 2 percent, rather than 1.5 percent. The 2 percent penalty for not reporting will repeat again in 2017.

Not all programs cross over, even if they are Medicare-based. While it’s true that PQRS and Meaningful Use measures can be tracked together, they are used in different programs and are reported separately. It is possible to succeed in one program and simultaneously fail in another. We will tackle these differences in more detail in a future post.

PQRS is based not only on the individual provider, but also on which group is submitting the claim. In addition to the example of Dr. Doe, rewarded in one practice and penalized in another, there are other ramifications to consider. For example, if you are in a hospital-sponsored ACO, are all of your Part B revenues considered part of the ACO?  If not, then you still need to report PQRS under your practice TIN. If your private clinic has officially signed up with the ACO, you’re safe in 2014 unless the ACO does not successfully report. If the ACO does not meet reporting requirements in 2015, providers in ACOs will also no longer be exempt for quality tiering under the Value Based Payment Modifier, which has separate and additional penalties.

The same applies to those who perform some services in Rural Health Clinics or other entities exempted from PQRS requirements. Those services may not be subject to penalties, but those who provide care elsewhere must understand that Medicare sees those services as coming from a different provider.

All of your providers count. PQRS is a yearly program, and everyone billing Part B services under your group’s TIN is in play. You may have providers who started later in the year, retired mid-year, only work Fridays or rotate every third Tuesday; all of those providers have services under your TIN provided during the year, and they are counted by Medicare as being eligible. Not reporting a part-time provider one year may have greater consequences than expected when penalties are levied two years later, and that provider has since become full-time.

Penalties for PQRS are the first step towards value-based payment. When your organization does not report for PQRS, Medicare takes this as a sign that you are declining the opportunity to be paid for performance. Medicare’s pay-for-performance program, the Value-Based Payment Modifier (VBPM), scores performance on the measures you report for PQRS against your competitors—VBPM is tied to, but separate from PQRS.

By not reporting PQRS, you’ll be penalized twice, starting in 2016 (based on 2014 services)—once for PQRS, and then once more for VBPM. The total penalty is 4 percent in 2016, for groups with 10 or more providers. In 2015, the total penalty will increase to 6 percent, and everyone is on the hook.

Where do those penalties go? They’re recouped by your competition—the groups who have capitalized on their ability to demonstrate high quality care can earn as much as 4 percent on top of the standard reimbursement rate.

See our PQRS Resources to get started. Here are some recent blog posts that your team may also find helpful:

The “Avoidable Admissions” Pitfall: What Your Physicians Must Know to Avoid Medicare Penalties

How to Integrate Strategic Quality Initiatives with PQRS Reporting: The QCDR Opportunity

Is Your PQRS Program “Old School”? Shift Your Focus to Competitive Performance in 5 Key Steps

Note: Medicare has made provisions for an informal review process; you must apply through the Quality Reporting Communication Support Page between January 1, 2015, and February 28, 2015, if you are interested. Please contact the QualityNet Help Desk at qnetsupport@hcqis.org or 866.288.8912 for more details.

Founded in 2002, ICLOPS has pioneered data registry solutions for improving population health. Our industry experts provide comprehensive PQRS Reporting with VBPM Consultation that helps you both report and improve your performance. ICLOPS is a CMS Qualified Clinical Data Registry.
Contact ICLOPS for a Discovery Session.

How to Energize Your Providers to Measure and Improve Outcomes

How to Energize Your Providers to Measure and Improve Outcomes