Cardiovascular disease (CVD) is the leading cause of death among women. But we hardly talk about it.

Cardiovascular disease was once assumed to occur predominantly in men rather than women. But the assumption that women are at lower risk of CVD is not, in fact, true. Although men contract heart diseases a few years earlier, on average, than women, the risk in later years is relatively even. When women do have CVD, however, they fare worse than men.

CVD among women has a different, sex-specific pathophysiology. In heart attacks, plaque in women acts differently than in men, resulting in more plaque erosion and microvascular disease. Women experience more angina. They have longer admissions, more complications, higher rates of readmissions, and greater mortality after the first cardiac event than men.

Another little-known fact: women have a higher 30-day mortality risk if they experience a heart attack; 23 percent die within a year compared to 18 percent of men. Among younger women, that heightened risk extends for a longer period of time after the event. Further, two-thirds of women who die suddenly from coronary events had no previous symptoms, compared to half of men who experience no symptoms.

Heart attacks in young women under 55 are of particular concern. Emerging data reveals an increase of coronary heart disease and deaths among women between the ages of 45 and 54. Growing awareness of sex-specific presentation of symptoms and biology is helping women as a whole to have better outcomes; however, younger women are not improving. They have higher risk factors, higher mortality and poorer prognoses following a first heart attack.

Complicating outcome risks, the warning signs of an impending heart attack are not the same for women as for men. The crushing chest pain experienced by most men having a heart attack—symptoms well-publicized through public health outreach—is often absent in women. Rather, women are more likely to have unrelated symptoms that could easily be overlooked or attributed to a lesser medical concern, such as:

The difference in symptoms may be caused by the differential pathology of microvascular disease in women. Also, women experience symptoms while resting, not just while active, which may lead them to dismiss the association with cardiac events.

Heart attack symptoms can also be intermittent. Women often overlook both intermittent and serious symptoms, and delay seeking treatment. In one study, home-to-hospital delays took up to three days, with delays greater than 60 minutes occurring for 70.3 percent of women versus 29.7 percent of men. Resultant treatment delays in women, in excess of the standard of less than twelve hours, caused more fatalities, specifically due to a lag in placement of stents and other reperfusion treatments.

There is little data on why this occurs, although those who have studied behavior conclude that women “are scared and put their families first.” This may be just an assumption; it is also possible that women’s vague presentations of symptoms—often easily dismissed— encourages them to wait.

Lifestyle choices and the prevalence of certain diseases also increase risk for women. In addition, some treatment complications can increase mortality or create poorer outcomes among women with CVD:

Women also have a higher risk associated with treatments, especially those that increase bleeding. Because most clinical trials do not include gender-specific results and the treatment standard is geared toward men, the safety and validity of treatments and dosing for women is sorely lacking.

Among women, race also complicates outcomes. For every finding of high CVD risk, black women, in particular, have much more severe risk factors than white women, and have higher mortality, as a result.

According to several studies, women receive the same care as men once they present to providers with a heart attack. In one study, time from hospital arrival to actual treatment was the same for men and women.

However, this obscures the reality of women’s cardiac care. At stake:

The disparity in care and outcomes for women are multi-factoral, and so, too, must be the solutions. Providers and provider organizations offer the best pathway for kick-starting improvement in women’s heart care. Why? Because they are now implementing systemic processes to close gaps in care and improve problematic outcomes among patient populations.

Population health, alone, cannot resolve gender disparity in care, but it can be used in concert with a provider education strategy to focus on outcomes-improvement initiatives. Provider strategies begin with developing risk-based registries of women with various heart risk factors, most of which can be created using data already present. With this foundation, providers can develop multiple strategies:

Helping women patients recognize their risk factors and improve response time to signs of trouble are essential to their positive outcomes. But providers will also need to be more responsive to women’s less dramatic symptoms, and less likely to dismiss their concerns as psychosomatic or hysterical. In short, any focus on patient improvement must be matched by equally strong efforts by providers to help correct biases against women. In particular, women presenting with pain or diffuse symptoms, women who are obese, and black women are vulnerable to such biases.

The value of culture- and gender-focused education could be enhanced by the inclusion of both providers and patients in learning experiences. Conversations in small groups to address heart disease and obstacles to seeking care (or improving lifestyle)—facilitated by inviting patients based on registry criteria—can be used to engage patients in positive experiences and literacy-building. Similarly, population health improvement projects aimed at decision-making between physicians and patients could build rapport between individual physicians and their patients.

Accountability for patient health under Value-Based Health Care will require providers to envision new ways of connecting with their patients to resolve health issues. Women at risk of heart attacks is an ideal starting point, because the sex differences are not only clear in pathology, but also have a huge impact on outcomes and cost. 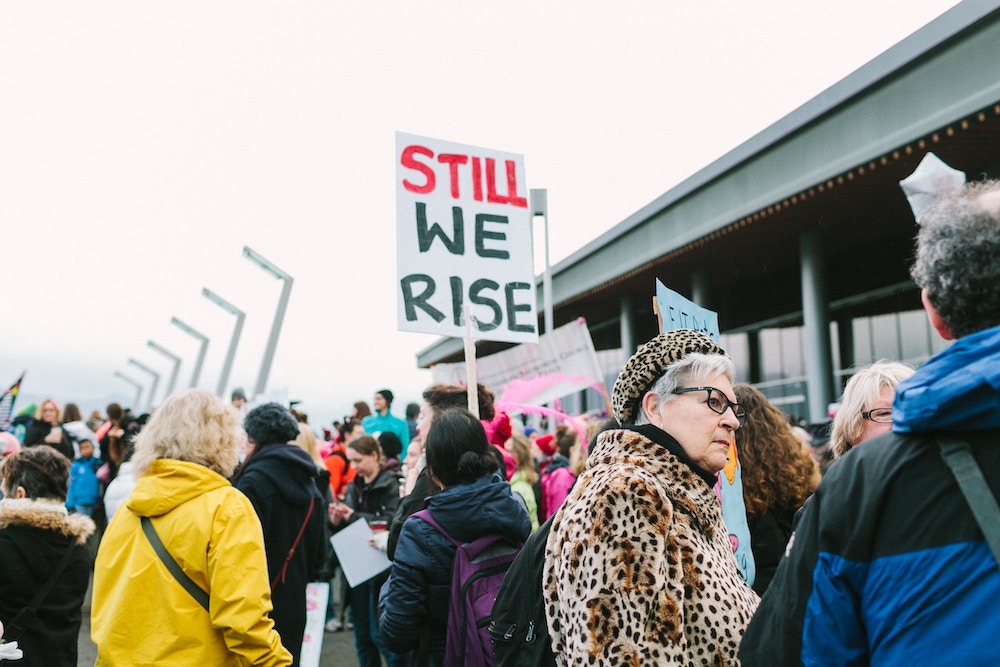 The Real Trend to Watch in 2019: #MeToo for Health Care

The Real Trend to Watch in 2019: #MeToo for Health Care