A MIPS Rewrite is Certain: CMS Proposed Rule for the 2020 Quality Payment Program 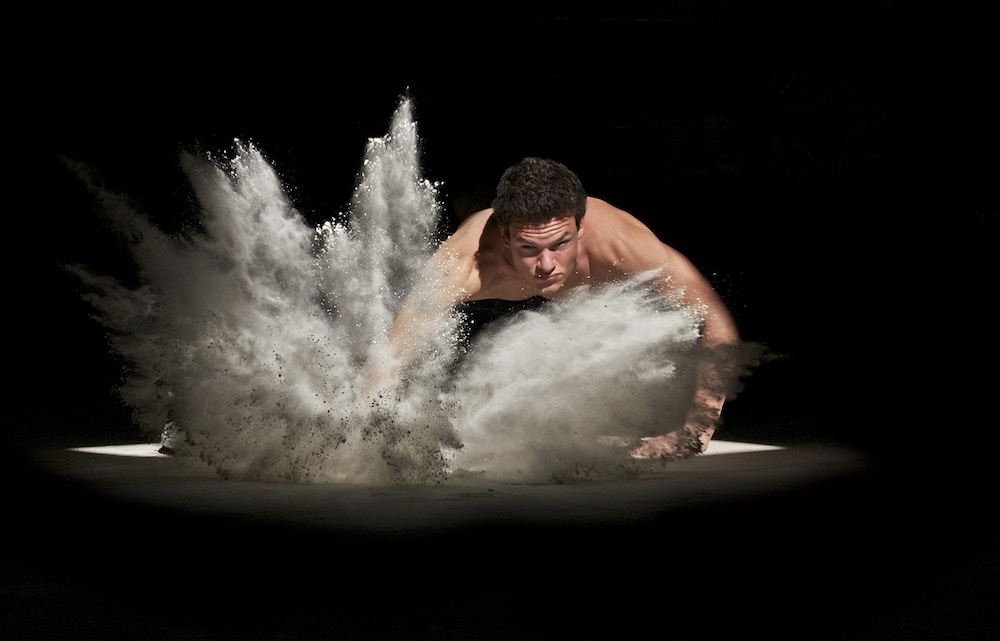 The CMS Proposed Rule for the 2020 Physician Fee Schedule and changes to the Quality Payment Program picks up where the “Pathways to Success” ACO rule left off. This time, the “Pathways” shake-up is aimed squarely at MIPS, in the form of “MIPS Value Pathways.” We’ve described the growing frustration with MIPS, specifically MedPAC’s report to Congress on its concerns that MIPS is overly burdensome and complex, and doesn’t translate into better care. That theme repeatedly shines through the 1,704 page proposal.

CMS is using this rule as an initial salvo indicating that MIPS as we know it is headed for reform, to be replaced by MIPS Value Pathways (MVPs). The four pillars of MIPS (Quality, Cost, Promoting Interoperability, and Improvement Activities) will continue to be measured, but requirements and methodologies will be new (and, in fact, are up for debate). The aim is to reduce clinician burnout by aligning the four components and reducing reporting burden.

CMS states that they will facilitate this transition by providing additional administrative claims data and enhanced performance feedback. What’s left unsaid is how practices will need to continually measure and monitor performance, ensuring that their 2021 Feedback Reports promise incentives in 2023, rather than penalties.

How Did We Get Here?

A restructuring of MIPS was inevitable. CMS’s cheers for high participation were also a warning that the penalty pool and corresponding incentive payments would be minimal. In fact, pending huge changes from Targeted Reviews, the maximum incentive payment based on 2018 performance is actually less than 2017, the “Pick Your Pace” year. Of the eligible 2018 MIPS Eligible Clinicians, 96 percent of 2018 participants avoided 2020 penalties. In other words, fewer clinicians were penalized under the full-implementation year of MIPS than in the year in which providers needed only to report a single measure or activity.

The zero-sum nature of MIPS seems benign until one factors in the Congressional requirement that, beginning with the 2022 performance year, the performance threshold (the point at which penalties begin) must be set at the mean or median of the final scores from prior years. In the “Pick Your Pace” year (the 2017 performance year) the mean score was 74, and the median was 89. It is estimated that, when all Targeted Reviews conclude, the 2018 mean score will be 80, and median score will be 91. Those who achieved the touted “Exceptional Performance” designation in one year could suddenly find themselves penalized in the next, even though they continued to score well in MIPS. In essence, CMS has inflated the MIPS grade curve.

To alleviate concerns related to clinician burden and indistinguishable performance, CMS has developed a new phase of MIPS called MIPS Value Pathways (MVPs). As described, MVPs are a CMS construct for putting providers into a more targeted initiative—one with a strong resemblance to an APM. There are four key components to an MVP:

Conceptually, MVPs follow the model that we’ve long advocated: providers should develop a cohesive MIPS strategy designed to encompass each MIPS component, as this will be more efficient and successful than devising four separate strategies. For example, a group may choose Improvement Activities specifically targeted at certain quality measures, particularly outcome measures in which an improvement can reduce expenditures (e.g. controlling intermediate outcomes for patients with chronic conditions or reducing re-admissions and/or complications following surgery). Breaking the “flat line outcome” trend can elevate the group’s performance, improve the group’s quality score, and decrease costs, while simultaneously fulfilling the IA requirement. This should coincide with education and training to maximize EHR efficiency; providers will need to spend less time documenting and more time caring for patients.

Nevertheless, there will be differences between MVPs and the MIPS we know today. This will be particularly true in the Quality component. CMS states a desire to incorporate administrative-claims-based measures, which would reduce clinician burden. The measures would have a specified focus, be it chronic condition management, procedural outcomes, or cross-cutting population health issues. This streamlined measurement would make it easier for CMS to identify “high value” clinicians and would be more easily understood by consumers utilizing the Physician Compare website.

To facilitate this model, CMS has indicated that they will provide more comprehensive and timely feedback reports, as well as claims data. Whether these measures or a greater focus on administrative claims measures proves more reliable than other measures remains to be seen. Of important note, one of our major criticisms of MIPS measures is that they represent a single value of performance, rather than show improvement or trends over time. As a single performance indicator, they are subject to change from year-to-year and provide no understanding of whether the practice is improving results for patients, or not.

It is critical to note that very little about MVPs is actually defined in the Proposed Rule. In fact, CMS has created the “Transforming MIPS: MIPS Value Pathways Request for Information (RFI)” to give stakeholders an opportunity to weigh in on the logistics. Questions include (but are not limited to):

Although MIPS Value Pathways would not take effect before 2021, CMS encourages all stakeholders to comment prior to September 27, 2019. Comments may submitted electronically through the regulations.gov website.

The biggest QPP-related news in this Proposed Rule may be MVPs, but there are more immediate changes proposed for 2020. CMS intends for these changes to facilitate the transition to MVPs, and they may. What is certain is that these changes will address the universally high MIPS performance over the last two years. Should these changes pass as proposed, those who have succeeded in MIPS before may not have such an easy time in 2020.

These new challenges begin at the highest level. First, the minimum number of points needed to avoid a penalty has been proposed to increase from 30 points in 2019 to 45 in 2020. Along with the higher scoring requirement, the corresponding magnitudes of the financial incentives and penalties have also increased. A MIPS failure in 2020 will cost clinicians up to 9 percent of allowed Part B charges in 2022, with those penalties being re-distributed amongst the MIPS winners. CMS has proposed to raise the bar again for the 2021 performance year; providers would need 60 points to avoid penalties in the initial MVP year.

In this Proposed Rule, CMS continues to increase the weight of Cost on MIPS scoring, at the expense of Quality. In the 2020 performance year, CMS has proposed to decrease the weight of the Quality component to 40 percent, while increasing Cost to 20 percent. CMS further proposes to continue the value of Cost at 5 percent through 2022 at the expense of Quality, with both Cost and Quality counting for 30 percent of the total MIPS score in the 2022 performance year. As CMS hinted during Measure Field Testing in 2018, the Total Per Capita Cost (TPCC) and Medicare Spending Per Beneficiary (now MSPB-C) within the cost component have proposed revisions, along with the addition of 10 new episode-based measures.

CMS has proposed a new definition for QCDRs, one which requires specialty-specific measure testing and development in addition to providing the infrastructure and experience to help improve outcomes. The result is that the majority of QCDRs will be comprised of specialty societies and similar organizations.

Stronger requirements are also found in the Improvement Activities section. In prior years, when reporting as a group practice, if only one provider in the practice needed to complete an activity for the requisite time period, all clinicians in that practice would earn credit. As proposed in 2020, at least half of the providers in a practice need to have completed the activity for the practice to earn credit for that activity as a whole. For those who have earned IA credit in the past through limited pilot projects, now is the time for a roll-out.

CMS Continues the Push to APMs

Despite the introduction and eventual rollout of MVPs, make no mistake—CMS wants providers out of MIPS and into APMs. This has been a cornerstone of the Quality Payment Program since its inception, continues to be a pervasive theme, and is openly stated as one of the MVP goals.

In fact, one of the few proposals that will make things easier for providers in 2020 allows MIPS APM participants to report on MIPS quality measures, rather than the APM’s quality measures. Clearly, CMS isn’t hung up on which measures are reported—they are focused on getting providers into financial risk arrangements. If you have reservations about a re-defined MIPS program with rapidly dwindling margin for error, now is the time to consider your APM transition strategy. 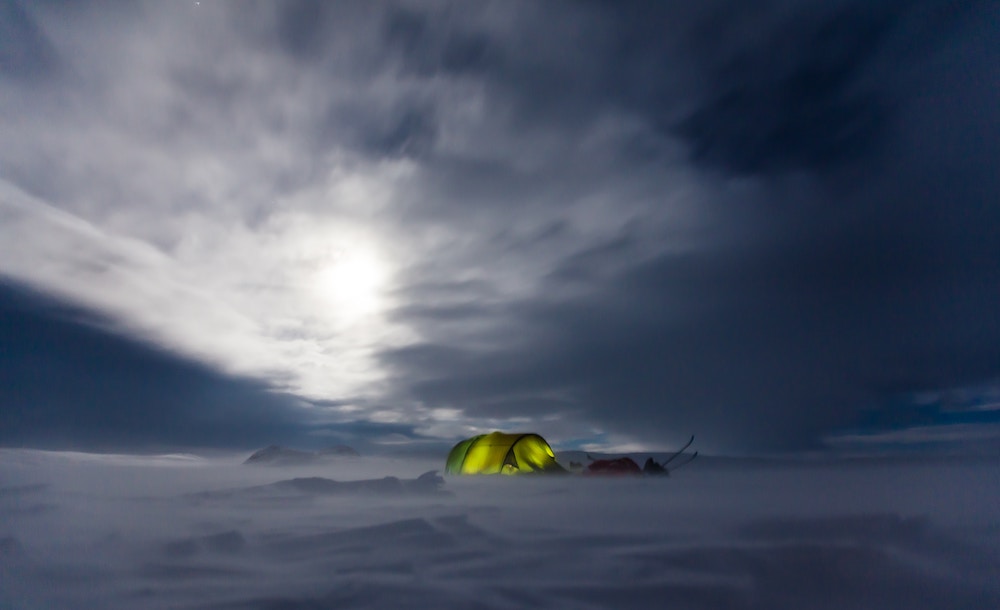