Tales from the PQRS Trenches: How to Avoid Harm to Your Practice and Patients 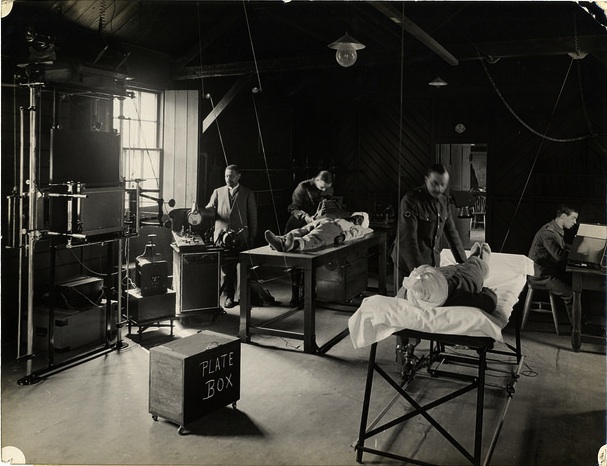 With less than three weeks until the final deadline of PQRS Registry Reporting for 2014 services, many providers are still scrambling to figure out their reporting strategy. They will have few—if any—options for success.

It’s 2015, the requirements for PQRS reporting are entering their seventh year, and non-reporting penalties have been applied for two years. If your organization wants to avoid a 4 percent penalty on Medicare revenues, this year you must make an early start a top priority. But in the real world, both large and small groups often get sidetracked because there are so many changes in health care and everyone has too much to do.

Nonetheless, there are serious consequences for avoiding the new value-based health care reality. Here are some real tales of PQRS life in the trenches. We share these in the hopes of illuminating the stumbling blocks and significant investment required to implement a quality effort—as well as the very serious consequences for both practices and patients when reporting falls short. If you’re just embarking on PQRS Registry Reporting, or if any of these situations sound all too familiar, take heed—and take corrective action to avoid that dreaded CMS penalty letter.

Ignoring PQRS and VBPM Hurts Practice Revenues (And Someone Needs to Be Watching!)

Many groups—including very large ones—wake up too late to reporting and performance requirements. In fact, “What is PQRS?” is most common question we hear—after the practice receives a CMS penalty letter. Provider groups frequently don’t know about the related Value-Based Payment Modifier (VBPM), or insist that it doesn’t apply to them.

Surprising, but true. Fortunately, because of Registry Reporting, there was a method for provider groups to fix PQRS 2014 when the CMS letter arrived back in December. It won’t help March latecomers, but those who acted then have a good chance. The VBPM quality tiering results, however, are harder to change retrospectively. The practice must use a Registry that can also evaluate and selectively report measures to help them avoid a penalty under both PQRS reporting and VBPM quality tiering, and that only applies to the quality part of the composite score.

With Medicare, there’s no changing the rules. Unfortunately, many provider groups learn this the hard way. Often, we hear

But there are no corrections in diagnoses, no changes in attribution, no definition of the rules other than Medicare rules. Medicare has no “squish factor.” That’s why quality data capture and diagnoses review should be integrated into the first and every subsequent visit. In particular, that patient’s one visit may end up costing the practice a lot more during the quality and cost tiering process, if the per capita expenses of the patient are high. We can’t stress enough that all specialists must make sure that every patient also has a primary and may even insist on coordinating a visit to that primary.

Physicians in most practices are unaware of their PQRS or VBPM data or results. Too often this also includes Physician Leadership. PQRS is still perceived as an administrative program and not quality. As reporting has transitioned to performance and then to competitive performance against other groups, physician leadership has remained uninvolved and likely unaware. “My physicians won’t do this” is a frequent response we hear from administrators when we discuss how to incorporate efforts to achieve improved results. But those physicians need to understand the stakes: Improving outcomes and getting positive VBPM results and incentive payments depend on their involvement, which is essential both to quality and to avoiding penalties.

Most Chief Financial Officers have yet to realize the financial implications of PQRS or VBPM. This is really curious, since a 2 or 3 percent margin on contract negotiations with health plans can be a major point of contention. More often than not, it’s health system quality and technical staff who take the lead in PQRS discussions, rather than the CFO. But without understanding the ramifications of a potential 4 percent cut in Medicare revenues, they can put the organization at risk. CFOs need to see that meeting value-based healthcare is a joint quality and financial obligation.

Groups that adopt EMRs often mistakenly believe that PQRS is automatic and that the data must be right. While the EMR report makes it seemingly simple and pain-free, this is a risky PQRS reporting solution. But there is magical thinking around EMRs, and practices must understand that how the providers use the EMR contributes to data validity. Unfortunately, because most EMRs don’t release advance information about how providers are doing in PQRS before data is reported, some practices are caught by surprise penalties later.

The data in almost all EMRs has never been evaluated from a quality standpoint. Just a few examples we have seen:

Patients Can Actually Be Harmed by Administrative Practices

Patient diagnoses may be incorrectly coded, with serious consequences. Diagnosis coding is one of the more difficult tasks in practices, and we have frequently seen problems that not only affect the provider, but the patient. Patients who are diagnosed with a condition because a test was ordered are forever tagged with that condition by the health plan, and may have health or life insurance issues as a result.

Failure to include diagnoses can also hurt the patient. Whether by truncating diagnoses for administrative purposes, as noted above, or not incorporating diagnoses that aren’t perceived as directly relevant, critical information can be lost. For example, we have discovered DVTs in hospital or radiology data that are present in the source data of surgeons, but were immediately post-surgical. Especially as medical records are shared electronically with a broader network of providers, an incomplete clinical picture of the patient may fail to include information that could be critical for a patient.

Patient risk factors or behaviors that are not validated by providers can lead to incorrect conclusions. We have seen practices that claimed 100 percent of their patients did not smoke. Really? This makes risk stratification incorrect, but, most importantly, deprives the practice of essential information for the improvement of outcomes.

These situations may sound outrageous or too familiar. In addition to all those who received a December CMS letter informing them of PQRS penalties, thousands of other practices are unknowingly spiraling downward under the VBPM. Other practices are hobbling toward value-based healthcare.

But the sooner everyone wakes up, the better. PQRS and CMS programs are just the leading edge of the new health care reality, with commercial insurance not far behind. Fortunate are those who managed to get in under the wire or had robust quality programs in 2014. To those who didn’t make it—welcome to your new challenge and opportunity: 2015.

Founded in 2002, ICLOPS has pioneered data registry solutions for improving population health. Our industry experts provide comprehensive PQRS Reporting with VBPM Consultation solutions that help you both report and improve your performance. ICLOPS is a CMS Qualified Clinical Data Registry.

Image Credit: The X-ray room at the Kitchener Hospital (Brighton, England) by H. D. Girdwood, 1915. Courtesy of The British Library.

PQRS 2015 Reporting: How to Go Beyond Basics to Improve Outcomes

PQRS 2015 Reporting: How to Go Beyond Basics to Improve Outcomes