The Final 2020 Quality Payment Rule: Playing It Safe with MIPS No Longer Works

By Dave HalpertNovember 6, 2019 No Comments 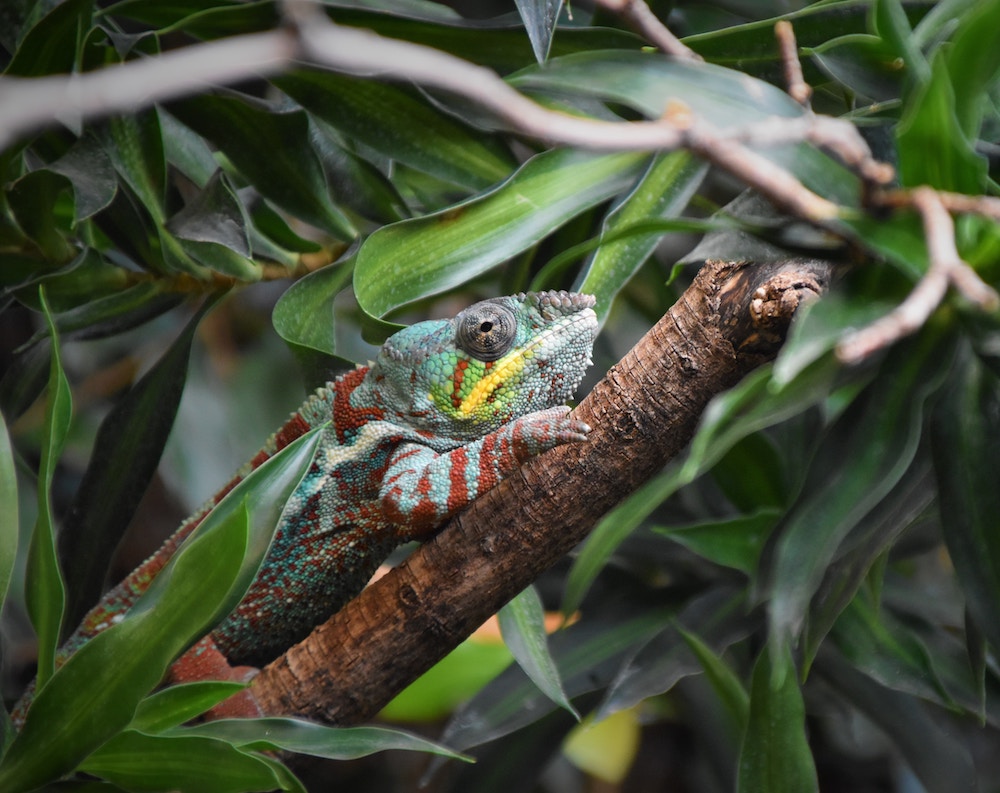 The common refrain within the 2475-page Medicare Final Rule for the Physician Fee Schedule and Updates for the Quality Payment Program (QPP) is “we are finalizing our policy as proposed.”

This Rule follows the formula CMS adopted in its “Pathways to Success” ACO Rule: Propose a shake-up, reply to concerned commenters, and finalize policy without significant changes. CMS’s desire to move providers into Alternate Payment Models (APMs) comes through loud and clear, both in terms of its vision for MIPS 2.0 and in its more stringent scoring policies.

As it stands now, MIPS has not evolved into the program CMS envisioned under the previous administration. Most importantly, the MIPS measures never developed into outcome performance measures that could allow for accurate comparison of providers. Performance requirements are clunky and confusing, and the number of choices for reporting measures and activities prevents consumers from making meaningful comparisons between providers and groups. Most providers avoided financial penalties, and although the incentive payments have been small, risk-averse organizations have seen no need to rock the boat and move toward APMs.

Nonetheless, higher performance thresholds were implemented in the 2019 performance year. These are expected to translate into increased penalties in 2021, which will fund larger incentive payments.

The Rule Raises Challenges for Providers to Remain in MIPS

The 2020 Rule continues to toughen MIPS requirements in order to separate the winners and losers. There is a persistent push to move providers into financial risk, both through increased APM participation and by removing “safe” status from MIPS. Here are the seven biggest challenges this Rule will create for future MIPS participants:

This rule brings CMS closer to its vision of an integrated payment system, rather than a series of siloed efforts. As we have described, CMS has created and finalized the concept of Medicare Value Pathways (MVPs), which are based on four key components:

Providers will fulfill MIPS requirements by engaging in a specialty-specific “Pathway,” which will include a small selection of Quality and Promoting Interoperability measures that will dovetail with applicable Improvement Activities and relevant cost measures. While MVPs have been finalized as a concept, the details are still to be determined, including whether participation in an MVP will be mandatory or voluntary. Multi-specialty clinics should pay particular attention to MVP requirements, as they have the potential to profoundly complicate reporting. For example, since MVPs are specialty-specific, a 20-specialty organization could conceivably be required to monitor a “small” set of quality measures, but would need to do so for all 20 specialties. Even if only two to three measures are required, that group would need to report on 60 to 90 measures, as opposed to today, wherein a multi-specialty clinic may choose six measures across the practice when reporting as a group.

The biggest determinant in the MIPS payment adjustment is the Performance Threshold. Depending on the minimum number of points necessary to avoid a penalty, CMS has the power to “pass” providers almost universally, or to create a more challenging baseline that will ensure that some providers “fail.” Since MIPS is budget-neutral (penalties finance the incentive payments), the former scenario leads to a very small payment adjustment, even for the top performers. The latter scenario generates a greater financial swing.

All MIPS participants, take note! Many of the comments advocated for a higher-than-proposed Performance Threshold. Commenters stated that they wanted to ensure that enough providers were penalized (and at a high enough rate) to generate a penalty pool large enough to create a meaningful reward for successful participants—one that covers the cost of investment and encourages continued improvement. Those who pick the “do enough to pass” strategy will soon find themselves penalized at the expense of those who strive for excellence.

Even if the minimum threshold remained constant, changes to the scoring of the individual MIPS components would have made it more difficult for providers to fulfill minimum requirements. The combination of a higher Performance Threshold and more stringent guidelines for MIPS component parts will drastically change MIPS scoring distribution.

Let’s start with Quality. For 2020, CMS has once again increased the data completion threshold. A measure must be reported in at least 70 percent of all denominator-eligible instances for it to be considered for performance points. This is approaching the PQRS-high of 80 percent, and in that context, only three measures were required. MIPS will still require six measures, at least one of which must be an outcome measure (or high-priority measure, if an outcome measure is not available). Furthermore, clinicians will need to pick from a smaller set of measures—in an effort to remove duplicative or “low-bar” measures, CMS has dropped a whopping 42 measures from the program.

There will also be a new cohort of MIPS Quality reporters—MIPS APM participants. CMS finalized its policy to allow clinicians in MIPS APMs to report on MIPS Quality measures under the MIPS APM scoring standard. Medicare Shared Savings Program (MSSP) results have shown that those who have taken on two-sided risk continue to outperform those who play it safe. Therefore, MIPS participants should expect to see steep competition in quality measure performance from the MIPS APM crowd, particularly in outcome measures.

5. Higher Bar for Improvement Activity to Qualify for Points

The Improvement Activity component is also undergoing change. The most daunting challenge is for those who are reporting as group practices. In this Rule, CMS has finalized its proposal that at least 50 percent of the clinicians billing under the TIN must participate (for at least 90 consecutive days) in the Activity that the group is attesting. In prior years a single clinician could carry an entire group by performing a given activity. For those who have been piloting programs with a limited set of clinicians, it’s time to roll them out.

Additionally, and similar to what happened in the Quality component, CMS is removing several Improvement Activities deemed as duplicative, or not appropriate, particularly within the set of QCDR-based Improvement Activities. The new QCDR definition prioritizes specialty-specific measure testing and development over infrastructure and guidance for improving patients’ health. In the wake of the new QCDR definition, CMS removed seven of the prior QCDR-based Improvement Activities, as they were duplicative of existing activities. Previously, clinicians could achieve the necessary points in this category by working with a QCDR for purposes beyond quality reporting. That will not work in 2020—providers will need to look beyond QCDR-based activities in order to succeed.

Surprisingly, CMS finalized that Quality and Cost will be weighted at 45 percent and 15 percent of the total MIPS score in 2020—the same weights as 2019. This may seem like a reprieve, but by law, Cost and Quality must be equally weighted at 30 percent by the 2022 performance year. By deferring a gradual shift in 2020, CMS has made future transitions much more abrupt. The challenge here is that, by the time clinicians have their 2020 MIPS feedback scores, we will be well into the 2021 performance year, meaning that there will be less time to take action on prior feedback AND the same issue will cost you more than in the prior year.

Although still weighted at 15 percent of the total MIPS score, the introduction of new measures and substantial changes to existing measures will test providers’ ability to demonstrate quality through reduced costs. An influx of 10 new episodic cost measures means that, for the first time, additional specialists will be evaluated on specialty-specific measures, rather than just global measures. These measures have been “field tested,” and the fact that they’re in their inaugural scoring year means that the results are inherently uncertain. Case minimums are relatively low (10 episodes), and so there is the potential for a small number of patients to substantially affect a provider’s cost score.

In addition to the new cost measures, the once-familiar global measures (Total Per Capita Cost—TPCC, a total cost of care measure; and Medicare Spending Per Beneficiary—MSPB, a global episodic cost of care measure) have also been revised. Those who built strategies based on attribution methodologies and other fine print within the Measure Information Forms may find themselves adrift following these updates.

In the TPCC measure, patients were previously attributed to clinicians based on a two-step methodology to determine which clinician should be deemed the patient’s primary care provider. The methodology, borrowed from the Medicare Shared Savings Program, could result in faulty attribution scenarios (e.g. an orthopedic surgeon tagged with all of a patient’s downstream costs because the patient saw the orthopedist in the office and never saw a primary care provider). TPCC has been revised to look at “candidate” events, which include services surrounding an office visit that indicate a primary care relationship (e.g. routine chest X-ray), and also exclude clinicians who are unlikely to be “primary care providers,” based on the clinician’s specialty.

The MSPB measure has also undergone revisions. Like TPCC, the biggest change to MSPB is related to patient and provider attribution. The new methodology will differentiate medical episodes and procedural episodes, making MSPB consistent with 18 MIPS episodic care cost measures. An additional update reflects that certain services occurring during an admission may be out of the attributed provider’s control, (e.g. an orthopedic procedure during an ophthalmologic admission).

As is the case with the new episodic care measures, these new versions of TPCC and MSPB have been field tested, but this is the first year in which these versions’ scores will count for providers’ MIPS scores (and potential payment adjustment).

Although incentive payments are required to come from the penalty pool (keeping the program budget-neutral), there is an alternate source of funding for those who achieve “Exceptional Performance.” An additional $500 million has been earmarked for this group.

When “average” equals “exceptional,” there’s a problem with the equation. CMS is attempting to remedy this by increasing the minimum threshold from 75 points in 2019 to 85 points in 2020. This change is understandable, and interestingly, CMS had only proposed a five-point increase in 2020, with a subsequent five-point increase in 2021—they increased the threshold more than they’d initially proposed. So, providers will have more difficulty earning a piece of the $500 million set aside for Exceptional Performance, but those that do will be a more exclusive group, and will enjoy a larger portion of the reward.

Throughout this summary of challenges for 2020 and beyond, we’ve described several reasons that the same year-over-year effort will lead to diminishing MIPS scores. Whether stemming from a reduced set of quality measures and improvement activities, competition in quality reporting from MIPS APM participants, new cost measures, or preparation for MVP implementation, the bottom line is that MIPS is becoming more difficult.

When combined with the larger financial swing (providers may be penalized up to 9 percent of all allowed Part B charges in 2022, depending on 2020 performance), there’s more at stake in 2020 than in any prior year. MVPs and uncertain logistics on the horizon, juxtaposed with immediately increasing performance requirements, means that providers and organizations should recognize that MIPS is no longer the “safe” route for succeeding in the Quality Payment Program. 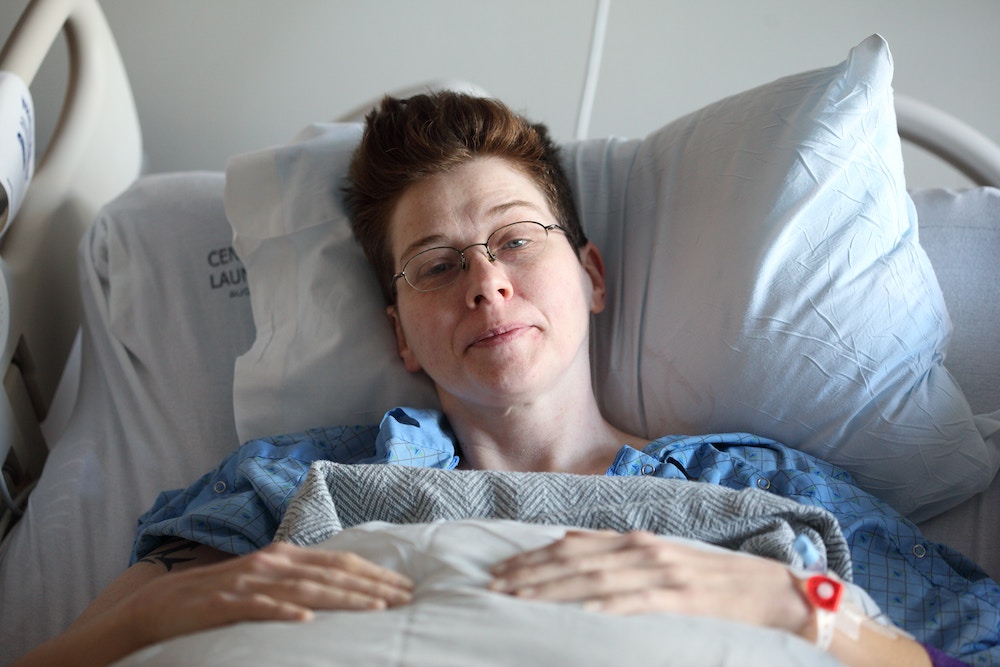 Is Patient Lock-In the Next Step in Value-Based Care?

Is Patient Lock-In the Next Step in Value-Based Care?