By Theresa HushFebruary 20, 2019 No Comments 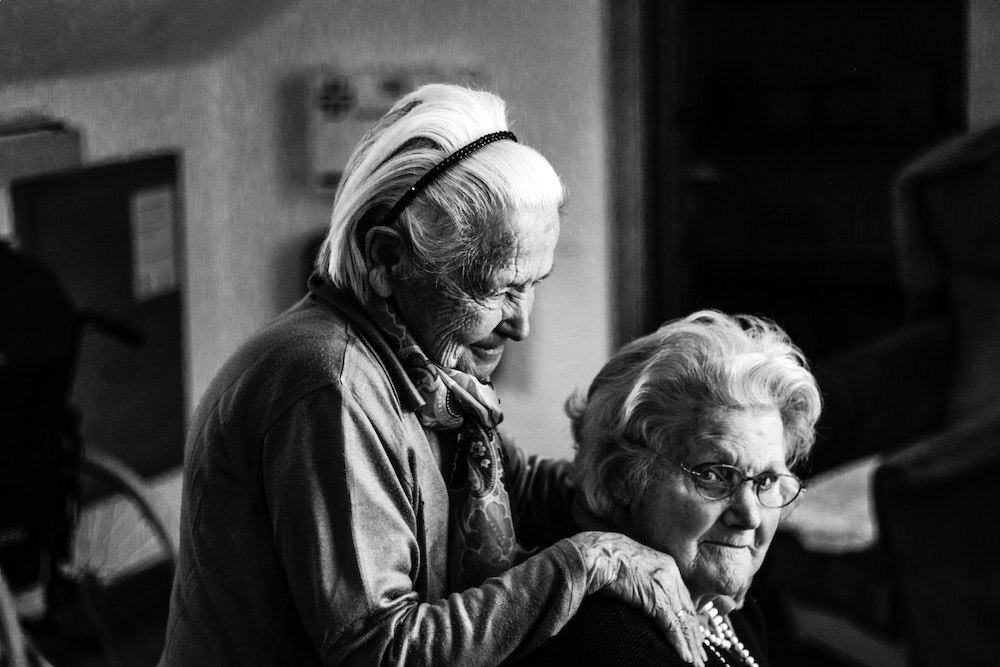 Our review of women’s health care has called attention to disparities in risk factors and biological disease differences, treatment variances, and lack of adequate research. Gender and race have obscured perceptions of women’s symptoms, creating delays in diagnoses and treatments and even early death.

A serious gap in gender-specific research and gender-analyzed data contributes to this profound lack of understanding of differential biology and treatment options. Even for conditions that are more specific to women, such as breast cancer and maternity, clinical care and research funding is heavy on front-end detection and prevention but fails to focus on women at highest mortality risk.

Still, the issues we have raised thus far don’t account for a significant, pending women’s health crisis: the 50 million or more women over 65 within forty years, given the predicted doubling of the senior population by 2060. Many of those women in the oldest age group will not be able to afford the 60 percent of their income that out-of-pocket health care costs will consume. Escalating health care costs, fewer resources, gender- and age-specific health care needs, and the older burgeoning population have the potential to overwhelm the health care system and its economics.

Older Women Have Fewer Resources and Less Support Than Men

The reality that women’s income lags behind men’s—a result of both lower employment and lower wages than men early in their careers—reduces accumulated wealth in later years, even as older women’s health care spending exceeds that of older men. For women with Medicare, regular income on average is at least 20 percent less than men’s in older years, and total financial assets are one-third less. Some sources have reported the difference to be much larger.

African American and Latina women are at disproportionately greater risk, with about 40 percent on Medicaid. These women are required to spend down assets to achieve eligibility, making them vulnerable to any changes in the future that might alter their coverage.

Complicating matters, the longer lifespan of women comes at a price. As women age, they experience higher rates of chronic disease, such as osteoporosis and arthritis, and more functional impairments than men. Cardiovascular and other diseases have poorer outcomes for older African American women. As physical decline advances, however, more women in America are without support. More than two-thirds of men are married, yet less than half of women over 65 are married. Women are much more likely to live alone. Less than 20 percent of older men with Medicare live alone; almost half of women 75 or older live alone.

Women confront an increasing number of risk factors as they age and, as noted above, health risks for older women exceed those for men. Almost two-thirds have more than three or more chronic conditions, compared to half for men. Debilitating pain and fractures associated with skeletal issues are very common; osteoporosis exists among almost 25 percent of women over 65, and low bone mass in half of older women. Aging causes these proportions to rise dramatically, putting women at increasing risk of hip fractures, which have plateaued after a decade of decline. Hip fractures are associated with high cost and higher mortality for an extended period after the fracture.

Obesity, an important risk predictor for many chronic diseases, has been increasing over time among older women. Forty-four percent of women between 65 and 74 are obese, and 30 percent of those over 75 .

Nursing home visitors are often struck by the large proportion of women compared to men. Women live longer than men; but the gap alone—women at 81.2 years and men at 76.4 years—is not enough to explain why seven of ten Medicare beneficiaries living in nursing homes are women. There are other contributing factors. First, the risk factors for nursing home admissions include conditions for which gender wields a significant influence: stroke and other cardiovascular disease, mental impairments, inability to complete daily living tasks, and living alone. The most prevalent chronic illnesses associated with nursing home admissions are cardiovascular disease; neurological disease including Alzheimer’s, Parkinson’s; and osteoarthritis and fractures. Two-thirds of Alzheimer’s patients are women, and while studies find no clear incidence differential by sex, women do have more individual risk factors of dementia—lower education, more depression, less exercise.

Second, however, gender and isolation may be overriding factors, powerful enough in combination to tip the balance for women to be admitted to nursing homes when other conditions are present. Since older women are significantly more likely to be unmarried and living alone, they may simply lack the support they need to age in place.

An ongoing concern about nursing home admissions is the quality of life and nursing home care. Almost 10 percent of homes have been reported to have measured, widespread deficiencies and harms to residents, and a third exhibit a pattern of health deficiencies. These findings place older women at additional health risk.

At the same time, despite the growing volume of older adults in the U.S., the number of nursing homes and occupancy volumes are declining, mainly due to efforts of Value-Based Health Care to cut costs of post-acute care. The gap is being filled by for-profit homes and those focused on dual Medicare-Medicaid eligibility, stimulated by Medicaid coverage of residential services not provided by Medicare, with their sights set on longterm profitability

While some providers may assume that fixing the issues facing older women falls outside the responsibility of health care, under Value-Based Health Care (VBHC) it is no longer possible to separate social and health care risk factors. Like other patients, older women are affected by social determinants in addition to gender-specific medical issues. These will drive increasing costs for ACOs and risk-bearing providers participating in Medicare Advantage private insurance.

Health care providers will be most effective in VBHC if they identify and mitigate health risk factors while focusing on optimum care. Here’s how they can start:

With the paucity of existing social and economic data and other patient-reported information, this effort will be essential.

These can include reducing obesity, increasing exercise and bone mass, improving nutrition, strengthening cognitive skills and memory, and learning how to age healthfully. Frail older women who can achieve health improvements provide a very beneficial population health focus. Any of these initiatives will be higher touch and more intensive for providers than typical interventions and, in fact, are quasi-clinical in nature. Therefore, they should be conducted in a spirit of innovation and experimentation, as providers will need to test which approaches have the greatest positive effect on groups and individual patients.

Because Medicare and Medicaid fees are less lucrative for networks, the number of geriatricians has declined in response to low salaries in a system driven toward fee-for-service. Under financial risk, however, those professionals become not only necessary, but also cost-effective.

5. Conduct research on interventions while implementing improvements, and share results.

Providers’ VBHC initiatives to improve healthy aging of older women will further the science of interventional studies for health care. Since data will be collected as part of any process, it is a short leap to the evaluation and sharing of results.

The population of older women will present a big challenge to health care providers as payment moves to financial risk. But VBHC strategies focused on this group will benefit ACOs and risk-bearing providers, while significantly improving quality of life for older women patients. Coordinated and integrated care models demonstrate promise for frail elderly women and those with complex conditions, and may form the foundation of population health efforts by ACO and other health care providers. 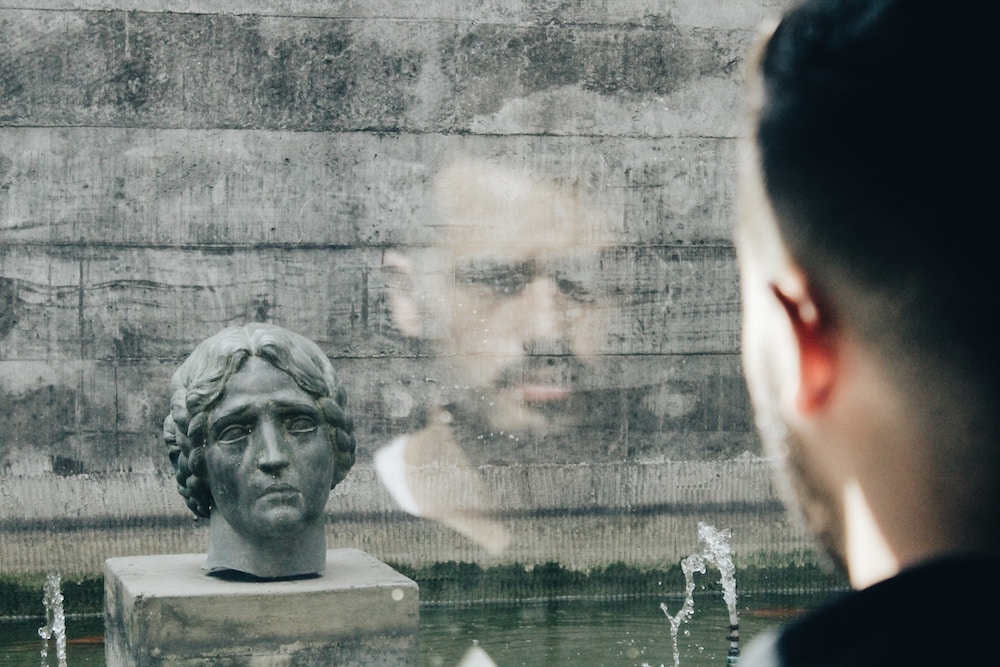 If Not Now, It’s Too Late: Clinical Science Needs Fixing

If Not Now, It’s Too Late: Clinical Science Needs Fixing